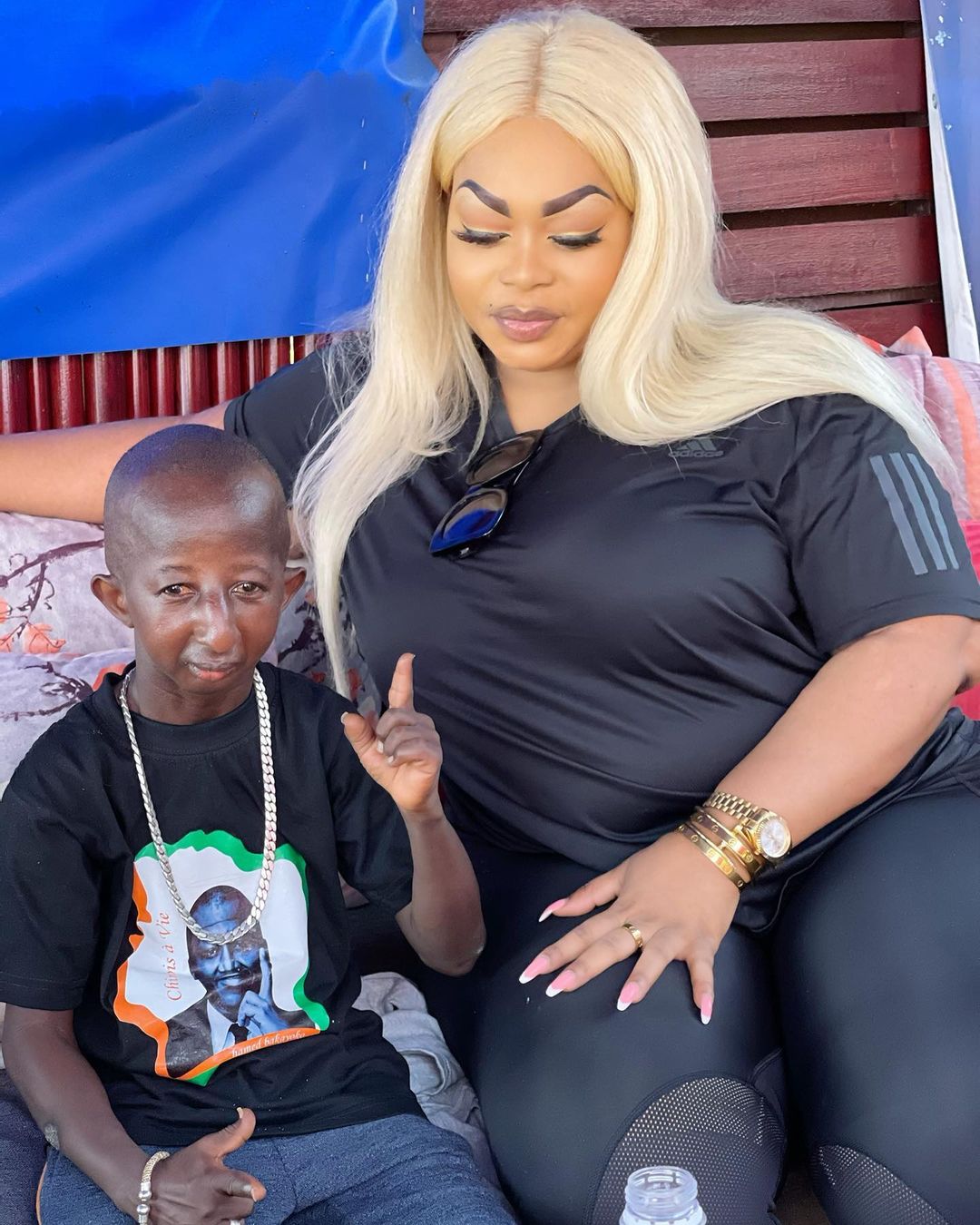 Taking to her official Facebook page, Yao announced the end of her relationship with her fiancé, Grand P while accusing him of being a chronic cheat.

According to her, she’s done with the relationship and moving on. This is coming only months after the model accused Grand P of always cheating in her.

The news of their break came as a shock to many of their fans who constantly gushed over the hot couple goals they served on social media before now.

Announcing the end of their relationship in a Facebook post written in French and translated to English, Yao stated,

“Good evening my babies just to inform you that me and big P, the relationship is over. I’m moving on thank you” 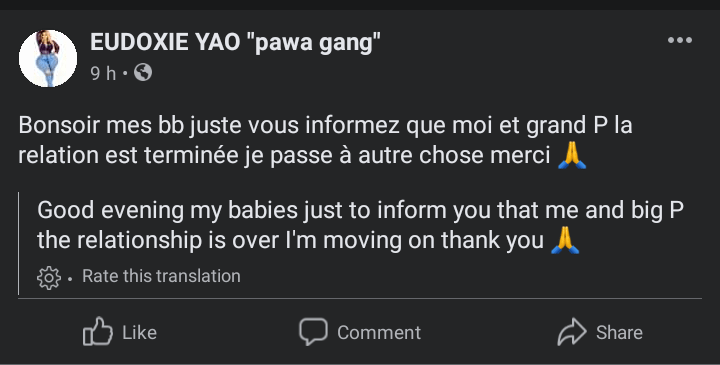 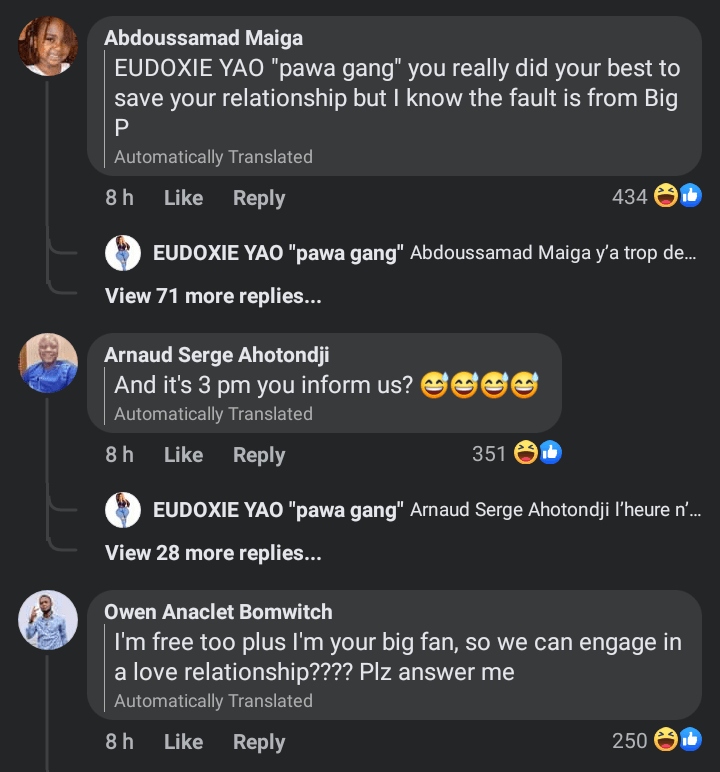 Meanwhile, months ago Yao said she doesn’t care what trolls tell her online, as she is seriously in love with the popular small statured Guinean musician.

Grand P, with real name Moussa Sandiana Kaba, was born with progeria, an extremely rare genetic disorder that has affected his physical stature.

Since Yao and Grand P came public with their relationship, netizens have been trolling them saying that the loved-up couple are only together as a marketing stunt for the musician while some claim she is with the musician for money.