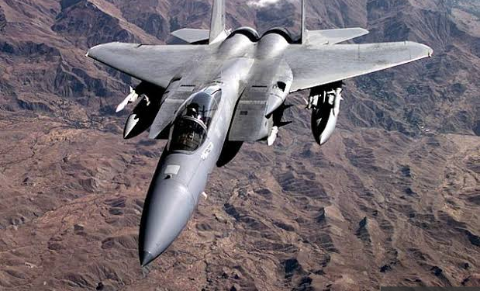 The United States has carried out air strikes against Iran-backed militia groups in the Iraq-Syria border region.

The strikes on Sunday hit “operational and weapons storage facilities”, in response to drone attacks on US forces, the Pentagon said in a statement.

According to the Pentagon, the “defensive precision air strikes” hit two targets in Syria and one in Iraq. It said several Iran-backed militia groups, including Kataib Hezbollah and Kataib Sayyid al-Shuhada, used these facilities.

President Joe Biden would “act to protect US personnel”, the statement added.

The US took “necessary, appropriate, and deliberate action designed to limit the risk of escalation – but also to send a clear and unambiguous deterrent message”, the statement said.

The Pentagon did not provide any information on casualties but reports say five militia fighters were killed in Syria.

Other media in Syria reported that a child had died and at least three other people were wounded.

This is the second round of air strikes President Biden has authorised against Iran-backed militias since taking office in January.

About 2500 US forces based in Iraq have been targeted several times in recent months by drone attacks and although Iran has denied any involvement, the country funds Hezbollah and Hamas.

Since 2009, the US has designated Kataib Hezbollah as a terrorist organisation, accusing it of threatening the peace and stability of Iraq.