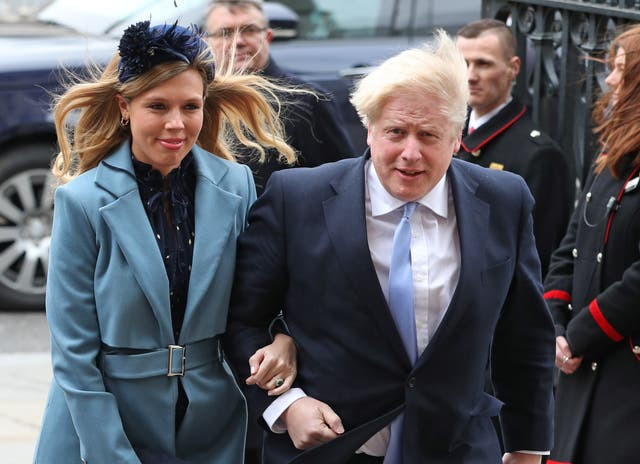 British Prime Minister Boris Johnson and his fiancee Carrie Symonds will be holding their wedding in July 2022.

The Sun reported that the couple have sent save-the-date cards to family and friends for an event on Saturday July 30 of next year.

Though the paper said details of where they will marry remained a secret, the prime minister’s Buckinghamshire residence, Chequers, is tipped to host the wedding. Another possible venue is said to be the Port Lympne safari park in Kent, as Symonds works for the conservation charity.

Johnson, 55, and Symonds, 33, were the first unmarried couple to live in Downing Street, moving there in July 2019, and he reportedly proposed on holiday on the Caribbean Island of Mustique.

If the wedding goes on as planned, Johnson will be the second British prime minister ever to marry while in office, following Robert Jenkinson in 1822.

The couple have lately been hit by a scandal over the costly redecoration of their Downing Street flat, which is being probed over allegations that contributions by a Tory party donor were not declared fully.

Johnson has been married twice before. He had four children with his previous wife, lawyer Marina Wheeler, before they split in 2018. The couple only finalised their divorce last November. The Prime Minister also reportedly has a daughter born as the result of an affair.

I Stand With Ekweremadu! Dino Melaye Reacts To Allegation

Japa: Eldee Reveals Why He Left Nigeria In 2012

The 5 restaurants in Barcelona that you should try this fall

adminbuka - June 24, 2022 0
Summer ends when one decides, it is a state of mind that can persist in our being 365 days a year . Making plans outdoors and letting your mind avoid all problems helps to achieve that eternal summer , and...
Read more

Home remedies to have your teeth whitening at all times

adminbuka - June 24, 2022 0
As it turns out, you can have perfectly white teeth, and no, brushing vigorously won't take away the coffee, tobacco or beer stains. You can have white teeth and have your smile improve tremendously.   White...
Read more

TURTH OR DARE: The truth about penic stretching

adminbuka - June 24, 2022 0
Most people who consider penis enlargement treatments have normal-sized penises, meaning that they are adequately sized for sexual activity and urination. Penises come in all shapes and sizes, and they can vary considerably. According to Medical...
Read more

adminbuka - June 24, 2022 0
Yoruba actor, Olaniyi Raji, also known as Baba Atoli, is dead. The death of the veteran actor was announced by his colleague, Foluke Daramola in a post on Instagram today. Daramola shared the deceased photo with...
Read more

Common Cryptocurrency Scams and How to Avoid Them