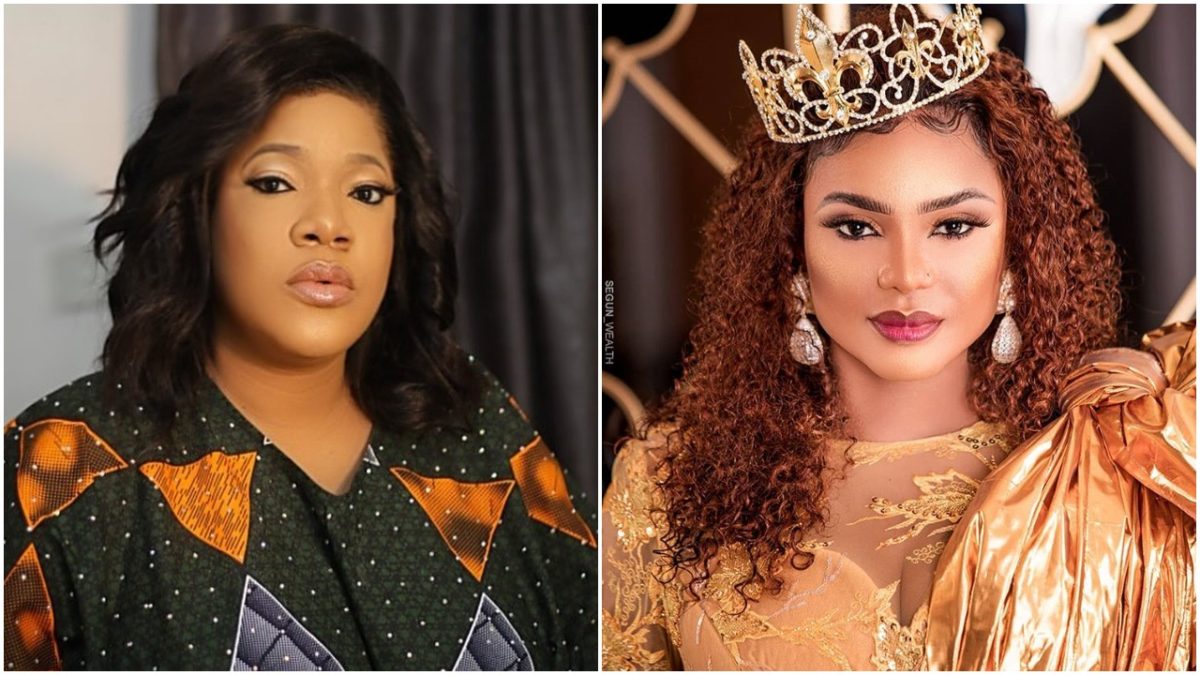 Both movie stars were guests at Toyin Lawani’s wedding ceremony on Saturday, June 12 and showed up in stunning outfits.

Recall that last year, a popular Instagram blog revealed there was a silent beef between Mercy and Iyabo Ojo.

It was reported Mercy got angry because Iyabo didn’t acknowledge her when she posted the photo of her late mother.

Although the duo neither confirmed nor debunked the story, they haven’t been seen together in public for a long time and it led fans to believe that there was indeed a silent beef between both ladies.

However, that has been quelled now with the recent photo they shared.

Their mutual friend, Toyin Abraham seemingly took credit for bringing the ladies together as she shared the photo with the caption;

The movie stars also shared a picture of both of them standing together at the ceremony on their Instagram pages.

While Iyabo Ojo’s caption of their photo read: “Fun times.”

Mercy on the other hand captioned the same photo: “It’s party time.”