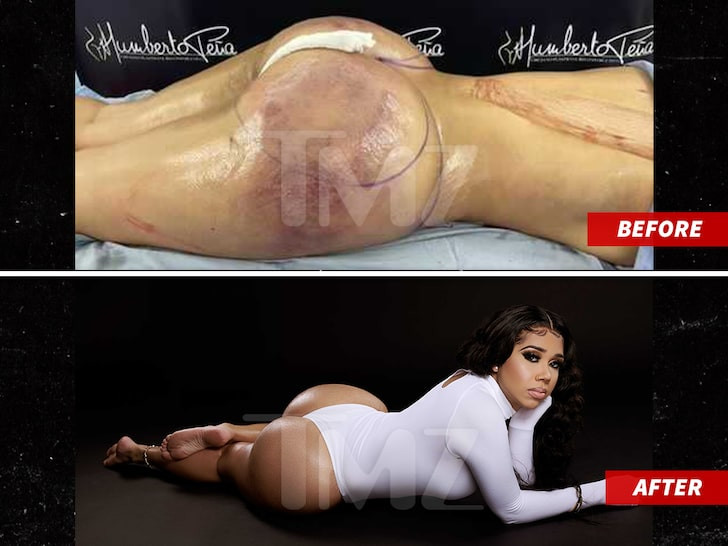 Rapper Tekashi 6ix9ine’s baby mama, Sara Molina has shown off her new body after a plastic surgery scare in Colombia.

Molina is back in the United States and her manager said she is almost fully recovered from her recent Brazilian butt lift and a 360 liposuction. 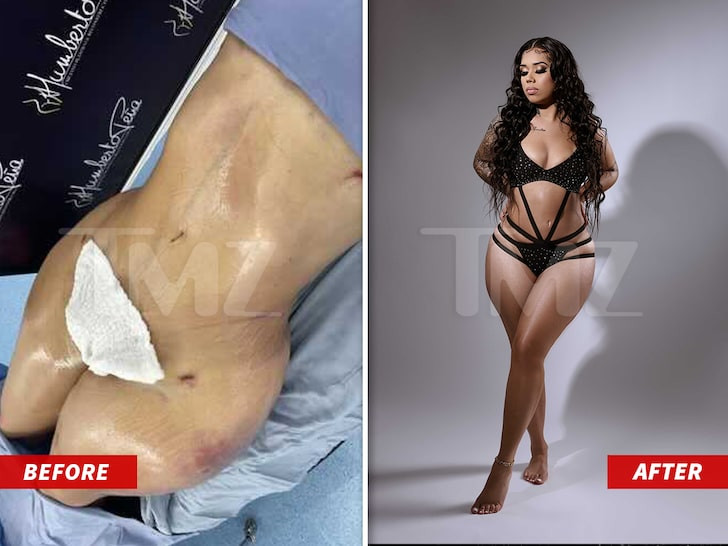 Her manager who shared photos of Sara which was taken on Tuesday June 1 as fruits of her plastic surgeon’s labor, revealed that she had multiple sclerosis, still has a bit of bruising, but her body feels great and she’s finally getting over her severe MS flare-up.

TMZ had reported that Sara who had a severe reaction to the surgeries, was in extreme pain due to her MS and couldn’t even lie flat while recovering at Lluxe Recovery facility in Colombia and even needed a special recliner. 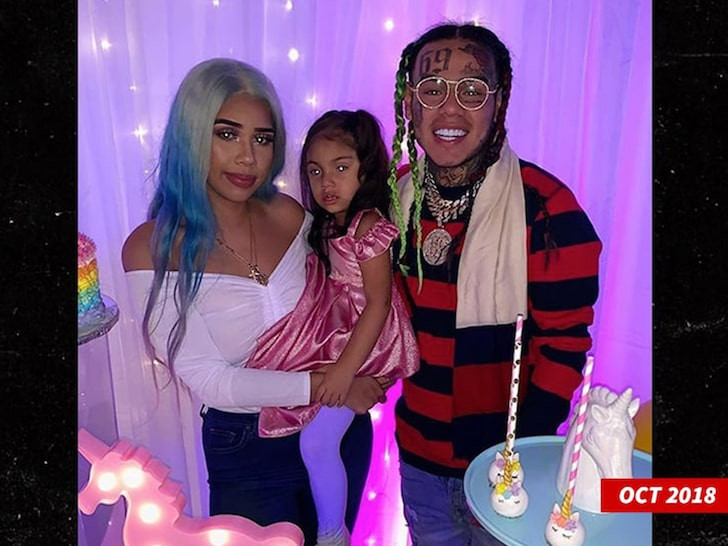 She is said to be feeling better, taking driving lessons in Orlando to get her first driver’s license and gearing up to launch her own line of CBD products. It was learnt that Sara used CBD to help relieve pain and inflammation from her MS flare-ups post-op and now looking to cash in herself