The Taliban have been carrying out more brutal murders and dumping their victims in mass graves, it has been claimed.

Taliban insurgents took over the capital Kabul on Sunday, August 15.

As thousands try to flee the country, the militants promised to grant government workers amnesty and pledged there will be “no revenge on anyone”.

However, reports of atrocities have already emerged in the southern province of Kandahar.

Its members are said to be targeting anyone they consider as “traitors” – those associated with the Afghan government, soldiers, NATO, NGOs, and journalists.

David Otto, counter-terrorism and organised crime expert at Global Risk International, told the Daily Star: “This is a known Taliban terror tactic to generate fear and little resistance from state forces, especially for an insurgency group that intends to control strategic locations in a large contested country.

“The Taliban understands that cruel news spreads faster. As soon as other districts get information of how bad the Taliban is treating captured state forces, the resistance level in ensuing districts is lessened.

“These arbitrary arrests, intimidation, and mass murder tactics are what accounted for many Afghan security forces to flee to neighbouring states or surrender and hand over their weapons to the Taliban without putting up any resistance.”

Taliban members have also begun searching houses to collect weapons and anyone on its “blacklist”.

The group may even start killing Government officials despite previous assurances, it has been warned. 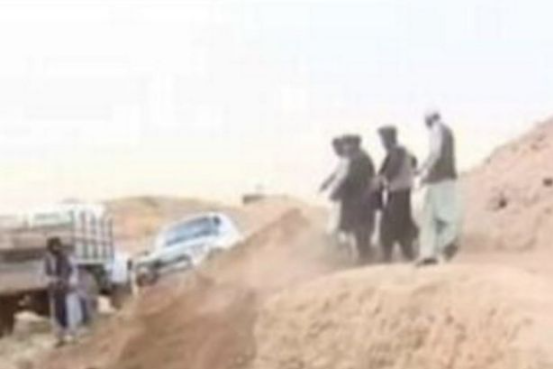 Mr Otto continued: “If the Taliban is isolated, it may even be more dangerous to international peace and security now that they have access to and in possession of trillions of dollars worth of US coalition trained military personnel and equipment.

“With this power and resources, nothing will stop the Taliban from providing training and other support to terrorist groups like al-Qaeda.”

Tadin Khan, former police chief of the southern province, told The Times that security forces or government employees had been dragged from their homes and murdered in Kandahar. Many of them were killed in the town of Spin Boldak, on the border with Pakistan.

UN Secretary-General Antonio Guterres said the organisation had received “accounts of mounting human rights violations against the women and girls of Afghanistan”.

He added: “We cannot and must not abandon the people of Afghanistan.”