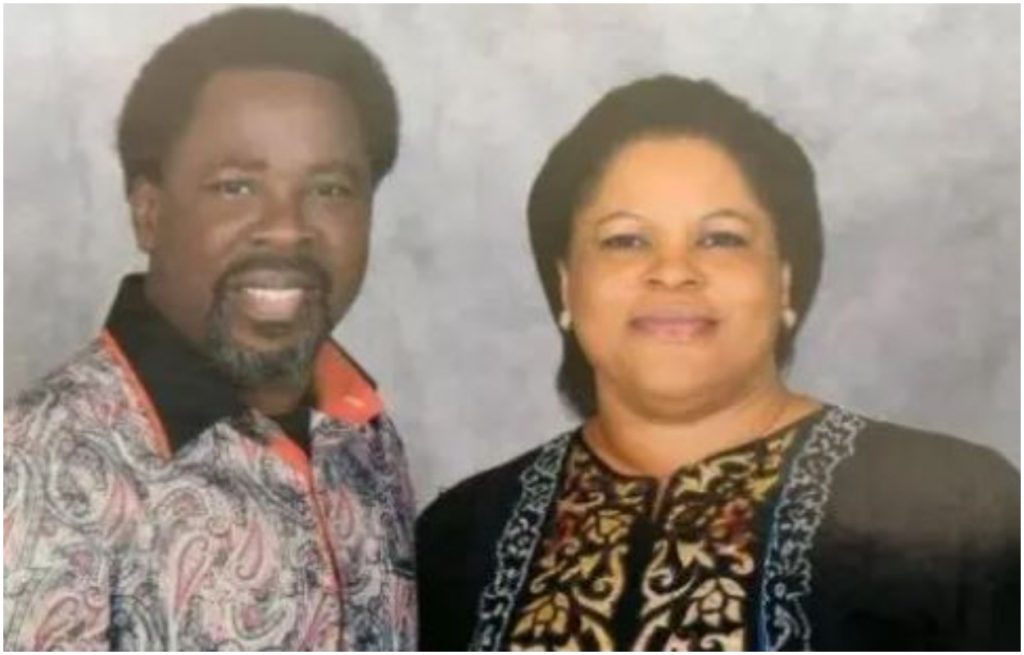 TB Joshua and wife, Evelyn
The widow of late Prophet TB Joshua has been given a high position in the Synagogue Church Of All Nations (SCOAN).
Mrs Evelyn has now been appointed into the powerful board of trustees of the church in line with the church’s constitution which prescribes a minimum of three trustees for the church.
Her appointment is on the strength of the judgment delivered on Thursday by Justice Tijjani Ringim of the Federal High Court, Lagos Judicial Division holding at Ikoyi.
The verdict was delivered in a Petition brought by Concerned and committed members of the church represented by Mr. Kola Kareem and Mrs. Moji Oguntoyinbo against the Incorporated Trustees of the Synagogue Church of All Nations (SCOAN); the Corporate Affairs Commission (CAC) and Mrs. Evelyn Onyisi Joshua in a Suit No: FHC/L/CP/1109/2021.
The petitioners were represented by Emeka Ekweozor Esq; Chris Eme Esq with him E.G Onyejekwulum. Ossazu Owie represented 1st and 2nd Respondents; while O.N Chukwu appeared for the CAC.
The respondents through their said Counsel told the court they were not opposed to the petition made under Section 839(6)(B) of the Companies and Allied Matters Act (CAMA) 2020 (as Amended).