Cristiano Ronaldo has arrived at Manchester United training ground for showdown talks with his manager Erik ten Hag after storming down the tunnel before the full-time whistle in his side’s 2-0 win against Tottenham on Wednesday October 19.

The Portuguese forward was surprisingly left out of Erik ten Hag’s team for the game at Old Trafford after starting United’s previous two matches. 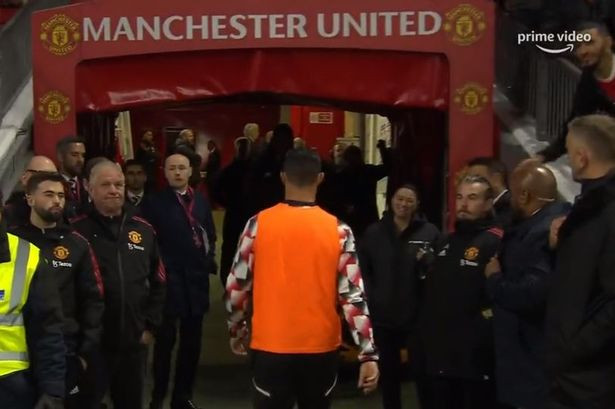 Ten Hag’s selection paid off as United picked up a comprehensive victory through goals from Fred and Bruno Fernandes.

However, Ronaldo was in no mood to celebrate the victory after it became clear that he was going to be an unused substitute. He left the bench and walked up the tunnel as the game moved into stoppage time.