The Samsung Galaxy Z Fold4 and Z Flip4 are here and while they may look similar to their predecessors, they bring a number of key updates.

Last year was all about making the foldable an everyday smartphone and not a device you had to baby and protect. Samsung made two leaps in technical innovation by water-proofing its foldables to the IPX8 standard (resistance to water for up to 30 minutes in as much as a meter and a half of freshwater), and making the Galaxy Z Fold3 compatible with the S Pen – those are two unique traits for any folding phone even in 2022. Samsung also reinforced the hinge and overall construction to make sure they fare better in the long run.

This year, it’s all about bringing Samsung foldables’ cameras up to speed. Last year’s Galaxy Z Fold3 had a 12MP main camera dating back to the Galaxy S20 from 2020, while the Flip3 was left with a 12MP sensor we first saw back on the infamous Galaxy Note7 in 2016 – ancient in smartphone terms. So this year, Samsung did the right thing and gave both sets of cameras some major updates. 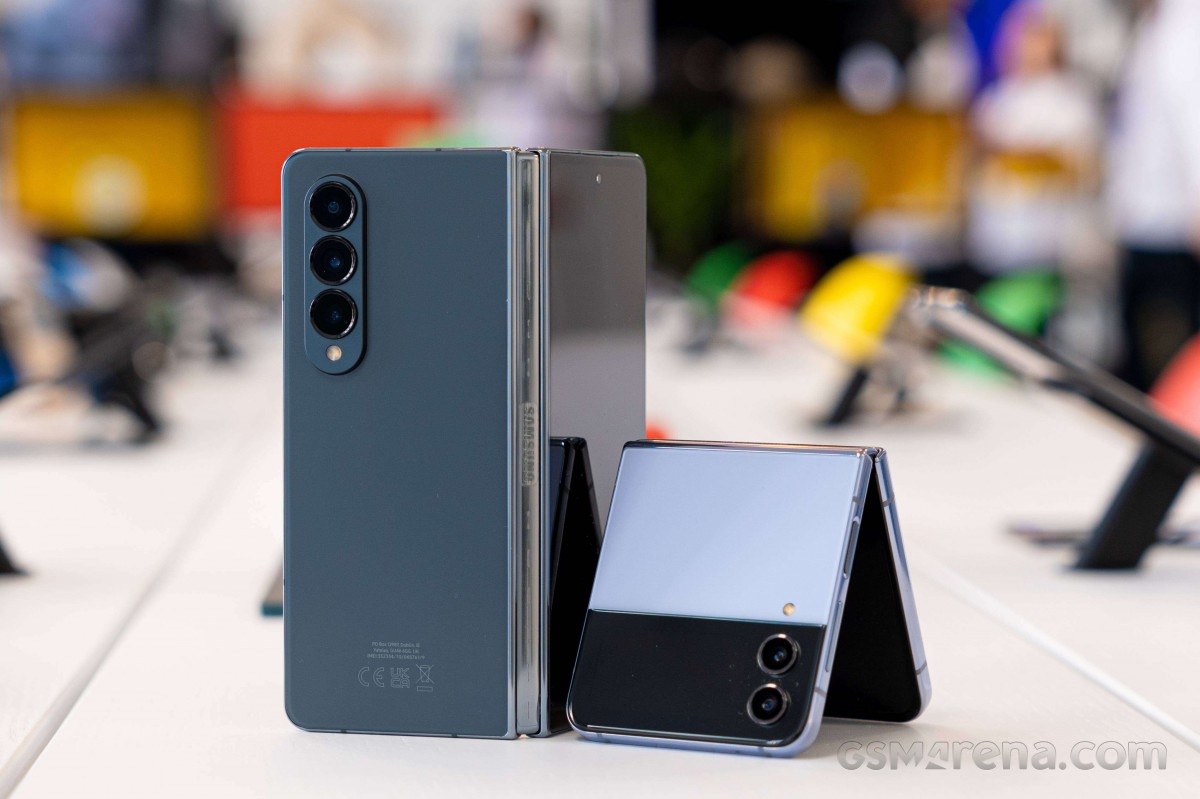 So the Galaxy Z Fold4 now has a 50MP main camera and the 10MP 3x zoom sensor from the Galaxy S22 series. The ultrawide, sadly, is still fixed-focus. The Galaxy Z Flip4 got the main camera from last year’s Galaxy Z Fold3 – a 12MP 1/1.76” sensor with 1.8µm pixels (up from 1.4µm on the Flip3), that’s a 65% increase in light-gathering. The ultrawide is of the fixed focus flavor and there’s no telephoto, but it’s still a far more competent setup than last year. 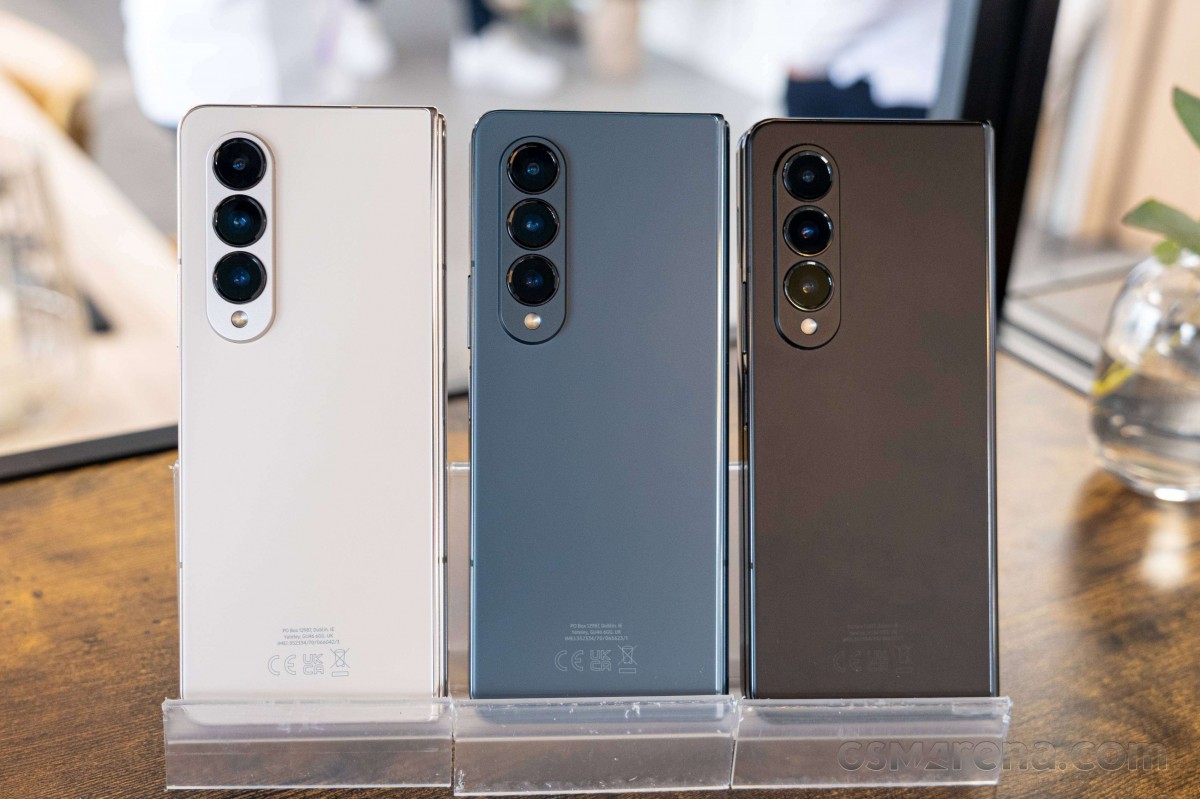 An arguably equally important improvement to the Galaxy Z Flip4 is the battery. It’s now 400mAh bigger at 3,700mAh, which, Samsung claims, lets it stream videos for 3 hours longer. Even better, the Galaxy Z Flip4 got a much-needed bump in charging speed – the phone now tops up at 25W, compared to the paltry 15W of its predecessor. 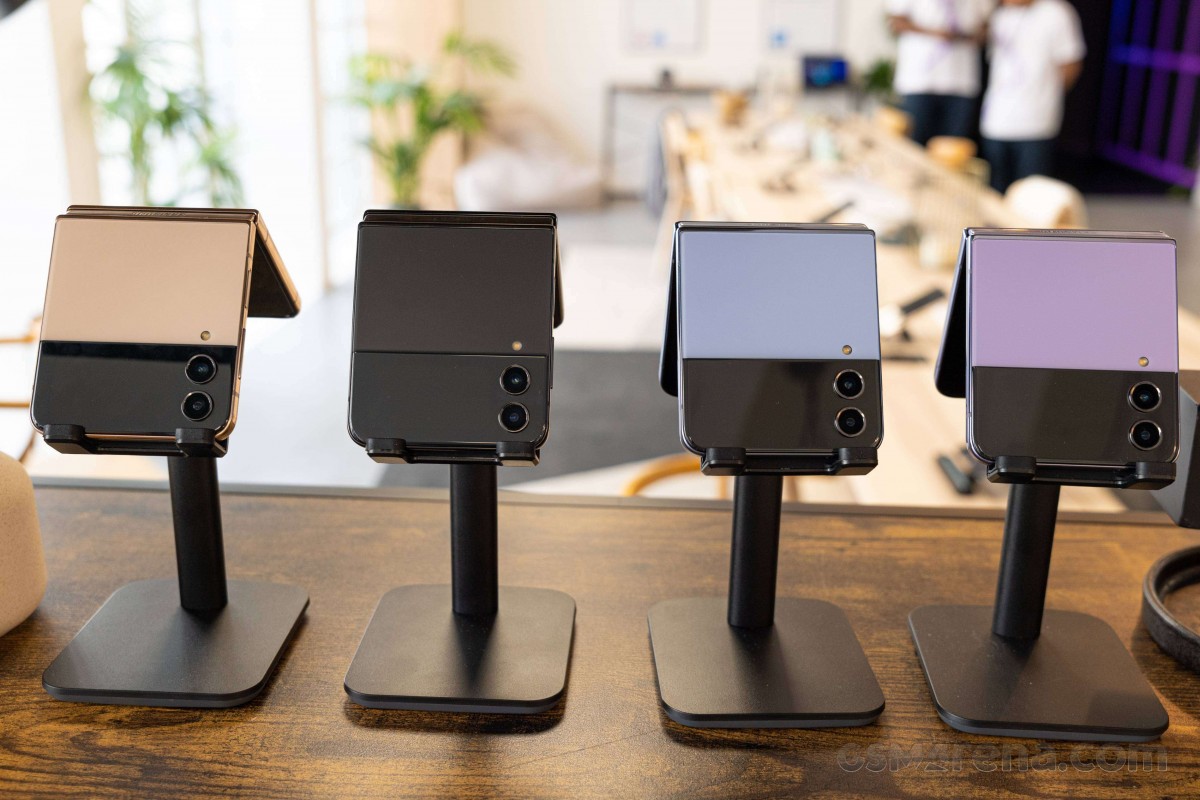 Samsung did refine its foldables this year as well. The Galaxy Z Fold4 is lighter than its predecessor (8g) and brings slightly bigger displays at the expense of slimmer bezels. The cover display is 2.7mm wider, while the inner screen grew 3mm, at the same body width as the Galaxy Z Fold3. 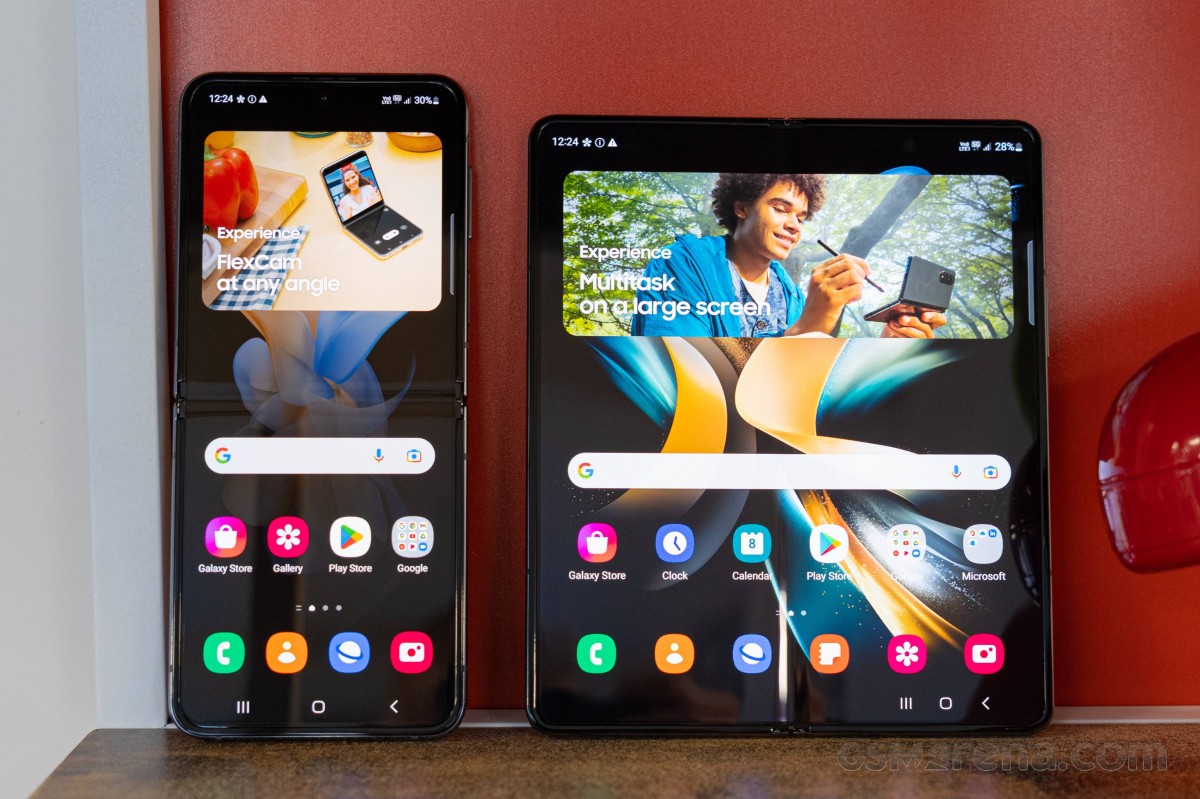 The Galaxy Z Fold4 is also 3.1mm shorter than its predecessor and while many hoped for an even bigger reduction it’s definitely a good step in the right direction. 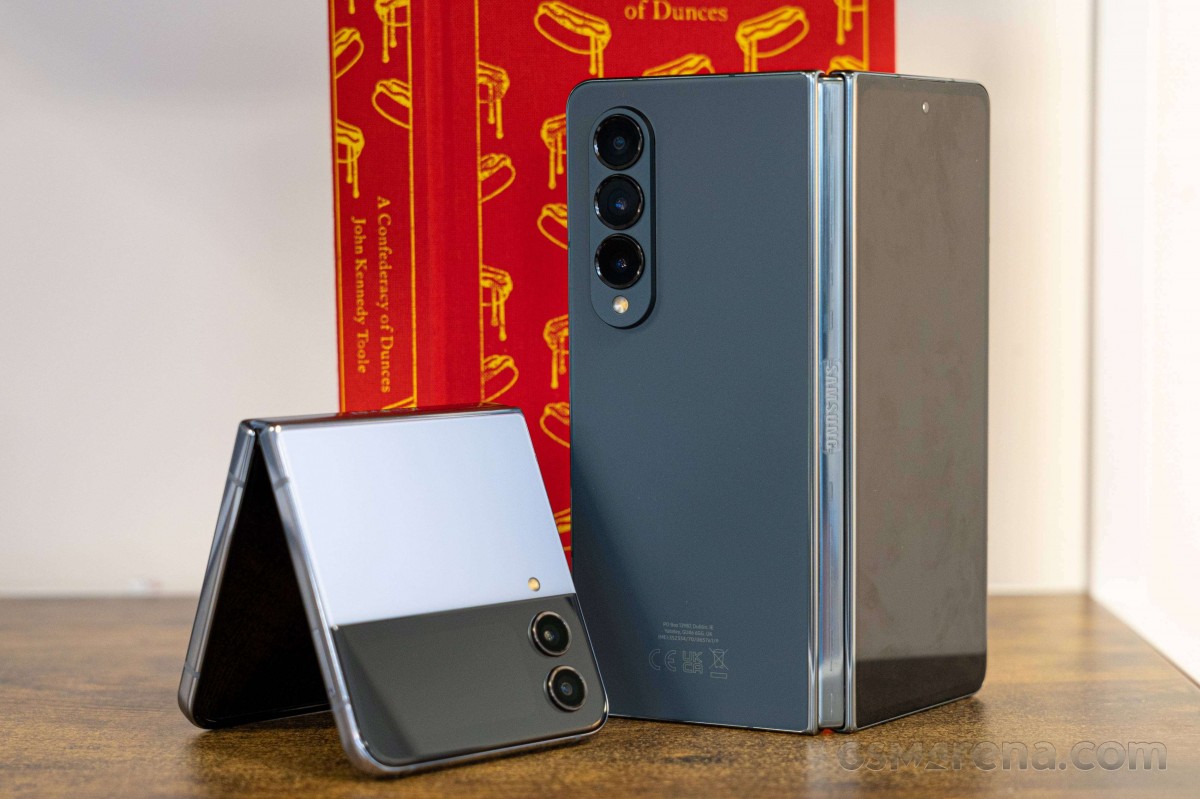 The Galaxy Z Flip4 got leaner as well – the hinge is thinner by 1.2mm, the phone is 1.5mm shorter when closed, and the frame is flatter, which played a role in fitting the bigger battery. The Galaxy Z Flip4’s main display also got a bezel reduction, though the cover display stayed essentially the same. 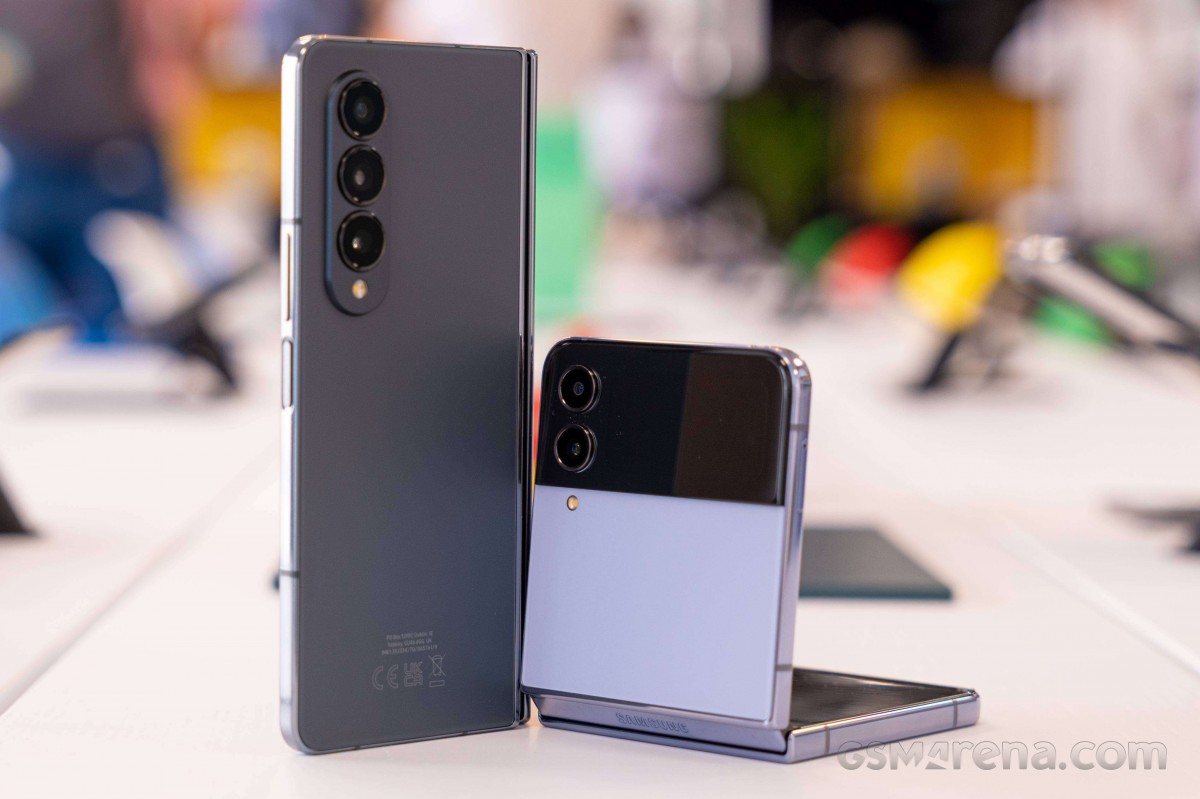 Samsung made both its foldables better this year in important ways. Battery life and camera improvements are welcome, especially when everything else is pretty much sorted. The Galaxy Z Fold4 and Z Flip4 are alone at the foldable party as the competition is yet to deliver anything but limited production China-only phones in the segment.