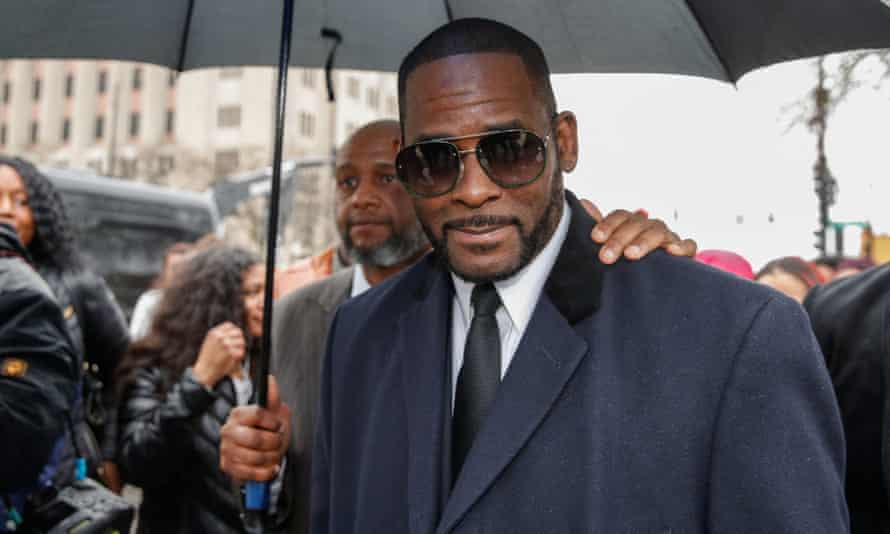 A former girlfriend of R. Kelly burst into tears on Monday when she recounted her sexual abuse in the hands of the R&B singer.

The witness, called Jane Doe #5 in the indictment was only 17 when she met Kelly for an audition in 2015, that she thought could launch her career.

But the singer demanded sex first before the audition.

The woman, said she met Kelly in his room at a hotel in Orlando, Florida, after a member of the singer’s entourage gave her his number during a concert.

“I told him I did not come to please him, I came for an audition,” Doe testified.

But she said Kelly was persistent, saying if he could perform oral sex he would “allow me to audition and take care of me for life.”

Prosecutors have said Kelly had sex multiple times with Doe in 2015, when he was 48, and didn’t tell her before getting consent that he had contracted herpes.

Doe testified on the fourth day of Kelly’s trial in Brooklyn federal court.

She said she hoped he could advance her career, and agreed in a Facetime call to meet at the hotel.

Once there, Doe said Kelly gave her a “small pop kiss” — his term — and took her to his room.

She said the sex was interrupted by a knock from police looking for her because her parents couldn’t find her, and that a worried Kelly told her to tell police she was 18.

Doe said the police looked at her ID card, which had her real age of 17, but took no action and left. Kelly then resumed having oral sex.

“He did allow me to sing,” Doe said. “He seemed very impressed.”

Doe said she began regularly meeting Kelly and having sex with him in different cities.

At some point, she testified that she was diagnosed with herpes after experiencing pain during sex that “got worse to the point where I couldn’t walk.”

“I was devastated,” Doe said, breaking down in tears on the stand.

Doe said she had never been with anyone else and believed Kelly had “purposely given me something that he knew he had.”

Kelly joked about the herpes, saying “everyone has it,” she testified.

Doe said Kelly ultimately proposed that she attend her senior year in high school remotely while living with him in Chicago, and that her parents agreed to put her under the care of a woman Kelly knew.

Now 54, the singer of “I Believe I Can Fly” and “Bump ‘N Grind” has pleaded not guilty to a nine-count indictment describing his alleged abuse of six women and girls, including the late singer Aaliyah.