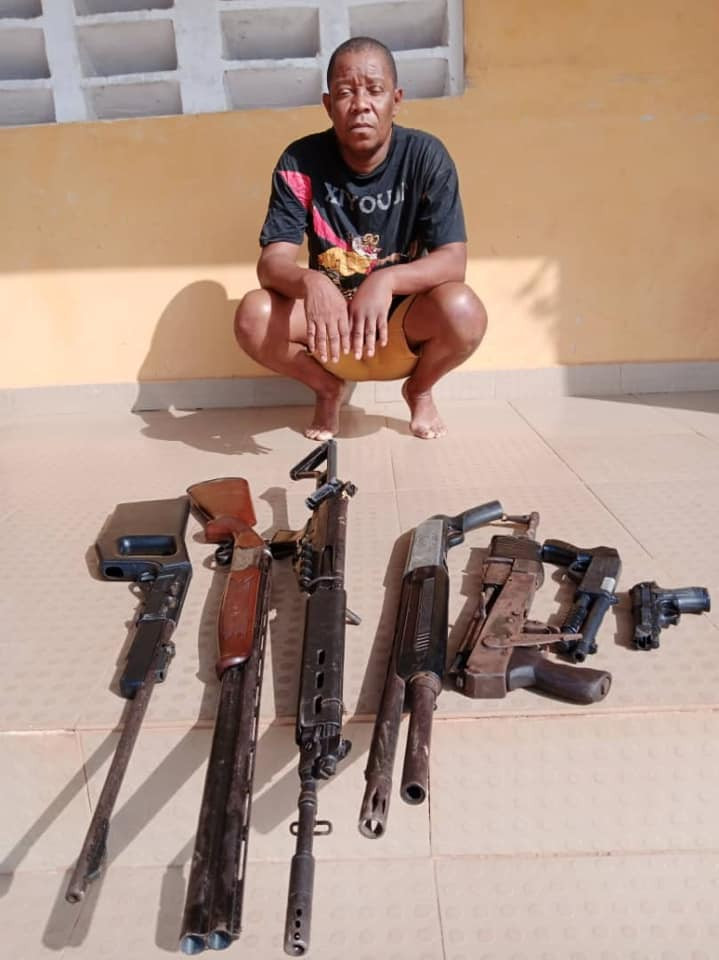 The acting spokesperson of the command, DSP Bright Edafe, who disclosed this in a statement on Saturday June 19, said that suspected gunrunner was apprehended following the arrest of Omoruyi, over illegal possession of arms hired for movie production.

“On the 15/6/2021 at about 1245hrs, Police Operatives attached to the Delta State Police Rapid Response Squad, while on patrol along Obiaruku/Umuebu road intercepted and arrested one Mike Omoruyi ‘m’ 38yrs of Odo Street Obiaruku, when search was carried out, the operatives recovered one Lar rifle without magazine, one fabricated AK 47 rifle, one Air rifle, one Pump action, one English double barrel gun and two toy guns from him,” he stated.