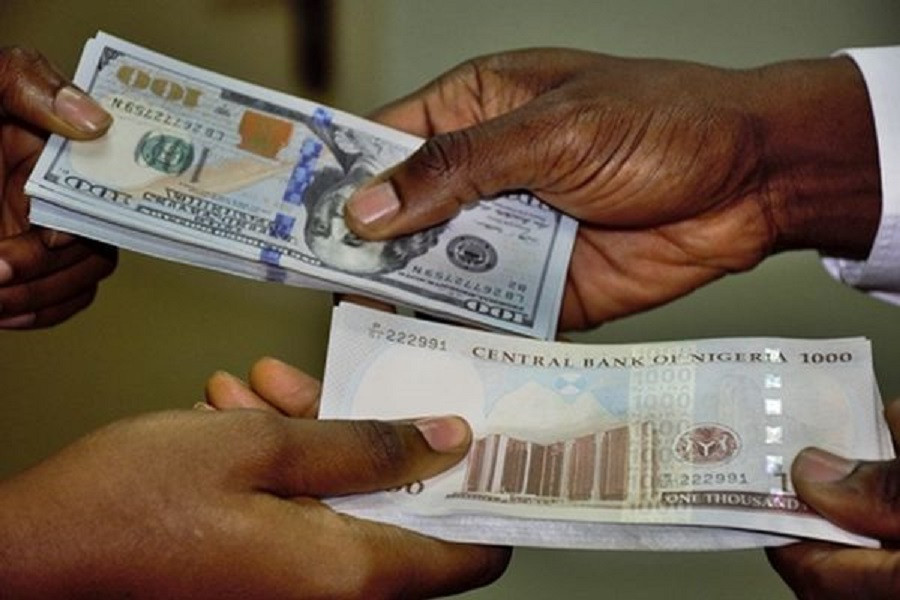 The naira has slumped further to 523/$ at the black market after trading was closed at the Nigerian Stock Exchange on Wednesday, July 28.
The slump comes a day after the Central Bank of Nigeria stopped the allocation of foreign exchange to Bureau de Change operators in the country. After the Monetary Policy Committee meeting on Tuesday, the Governor, CBN, Godwin Emefiele, had accused the BDCs of abusing the privilege given to them and sabotaging efforts to ensure naira stability in the country.

He said, “The facts abound that BDCs have turned themselves into agents that facilitate graft and corrupt activities of people who seek illicit fund flow and money laundering in Nigeria and we will go after all of them.

“Throughout this meeting of the MPC, we extensively debated this matter, and independently with each member of the committee exhibited accurate and deep understanding of issue at stake.
“After these exhaustive and extensive deliberations, the management of the Central Bank with the support of the committee reached the following decisions which will take the following effect. Hence, the CBN will henceforth discontinue the sale of foreign exchange to BDC operators.”

As at Monday, one dollar went for 503, then it now fell to 505 on Tuesday, few hours after the CBN made the announcement. Then on Wednesday after trading, the dollar was bought at N515 and sold at N523 according to naijabdcs.com, the official website of the BDCs.