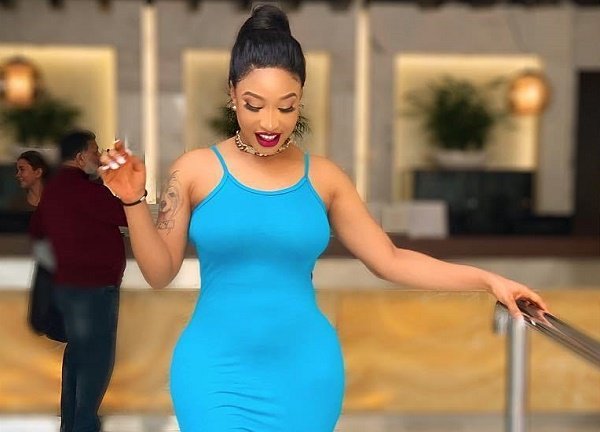 Movie actress Tonto Dikeh has revealed that she has had two liposuction surgery and is waiting to get her third surgery.

The actress revealed this in a post on Instagram on Friday as she promoted a Waist eraser/trainer product.

Tonto Dikeh in her Instagram post explained liposuction also called lipo as simply taking fat from one part of your body to another part most lacking.

She noted that eating every day leads to people growing fatback hence, the need for a Waist eraser/trainer to follow up on liposuctions surgery.

The actress had her first lipo surgery in 2017. She was one of the first celebrities to undergo cosmetic surgery in Nigeria.

After she went under the knife and openly talked about it, several celebrities joined the bandwagon.

Other celebrities who have had cosmetic surgery include Toke Makinwa, BBNaija’s Khloe and BBNaija Nina.