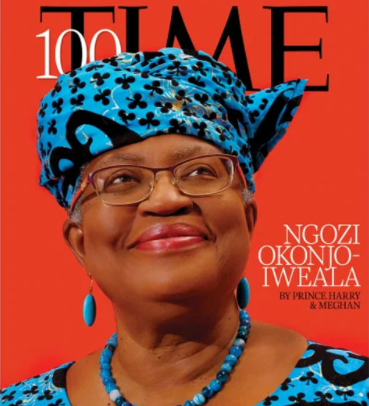 American news magazine, Time, has named Nigeria’s former minister, Dr Ngozi Okonjo-Iweala, one of the 100 most influential people in the world

Okonjo-Iweala, who is currently the Director-General of the World Trade Organisation (WTO), was named alongside world leaders like United States President, Joe Biden, and Chinese President, Xi Jinping, in Time’s September 15 publication.

Okonjo-Iweala is the only Nigerian on 2021 The Time’s 100 Most Influential People in the world. 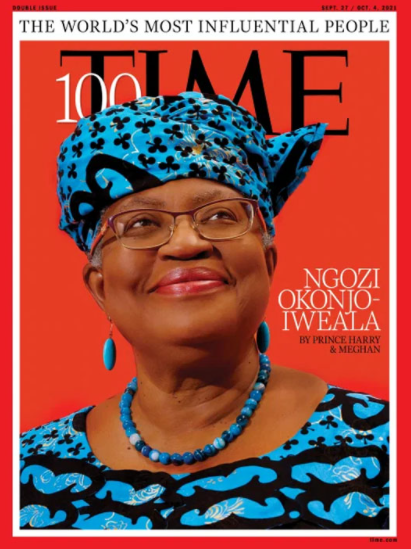 She tweeted moments after the publication that she was “honored and privileged” to have made the cover of the magazine. 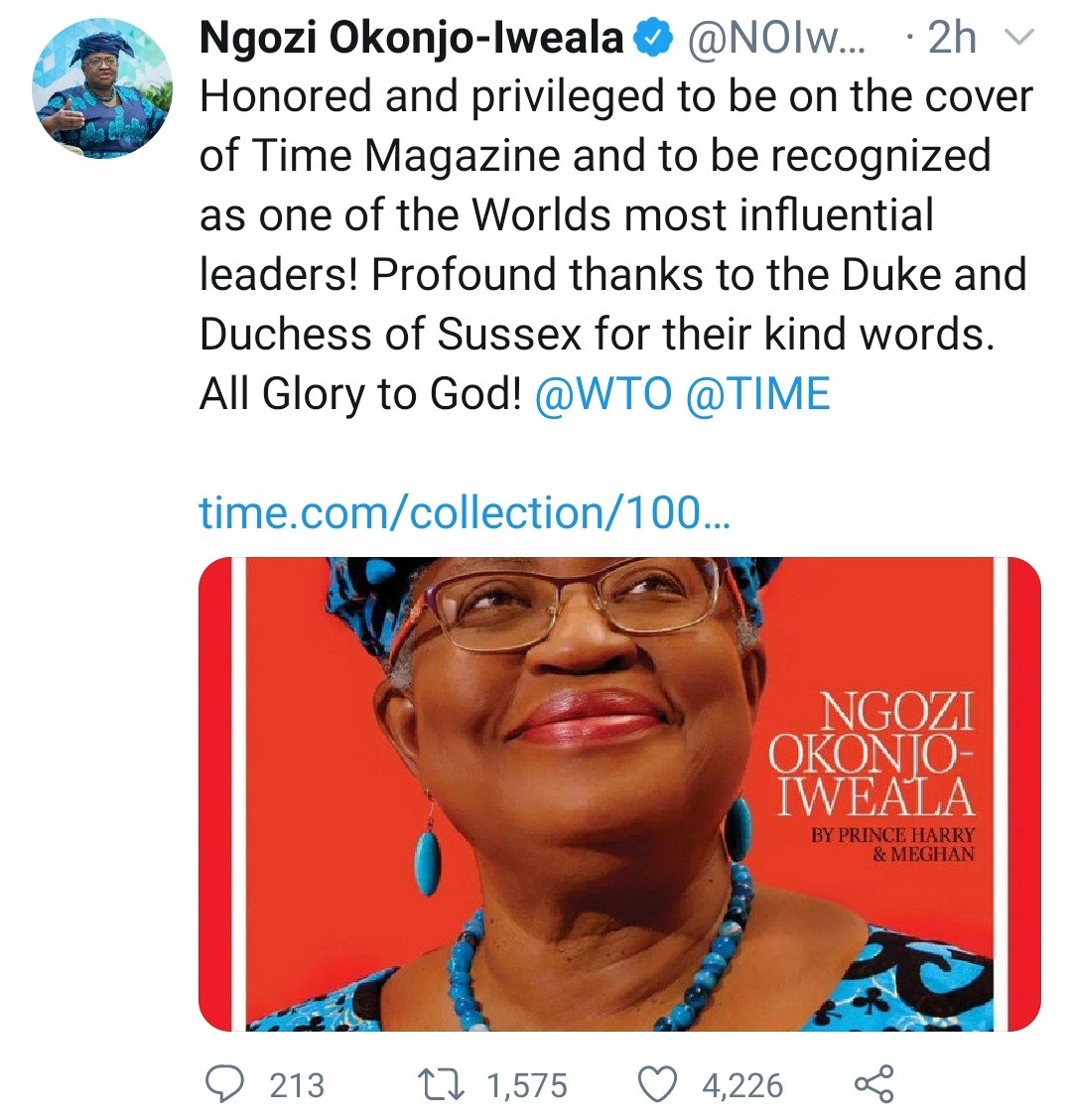 An appraisal written by Prince Harry and Meghan Markle applauded Okonjo Iweala’s role in campaigning for equitable vaccine access across the world.

“What will it take to vaccinate the world? Unity, cooperation—and leaders like Ngozi Okonjo-Iweala,” wrote Prince Harry and Meghan, The Duke and Duchess of Sussex, in the post accompanying Okonjo-Iweala’s selection.

“As the first African and first woman to lead the World Trade Organization, a 164-member group of nations that oversees trade across the world, Okonjo-Iweala took on the role of director-general this March at a watershed moment for our global health and well-being. Make no mistake, her job affects every person, family and community.

“As we face a constant barrage of vaccine misinformation, bureaucratic slowdowns across both government and industry, and the rise of variants that underscore the urgency of the situation, Okonjo-Iweala has shown us that to end the pandemic, we must work together to equip every nation with equitable vaccine access.”

Prince Harry and Meghan added that their “conversations with her have been as informative as they are energizing. This is partly because, despite the challenges, she knows how to get things done—even between those who don’t always agree—and does so with grace and a smile that warms the coldest of rooms.

“The fragility of our world right now cannot be overstated. Just over a quarter of the nearly 8 billion global population is fully vaccinated.

“Achieving vaccine equity is a global duty of compassion for one another. Our hope is that guided by strong leaders like Ngozi, we can get there soon.”