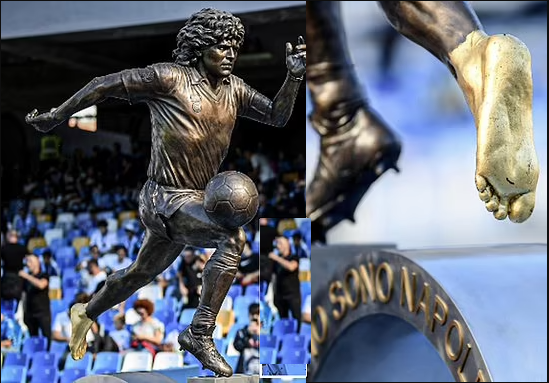 Italian giants, Napoli have unveiled a statue with a golden left foot in honour of club legend Diego Maradona. 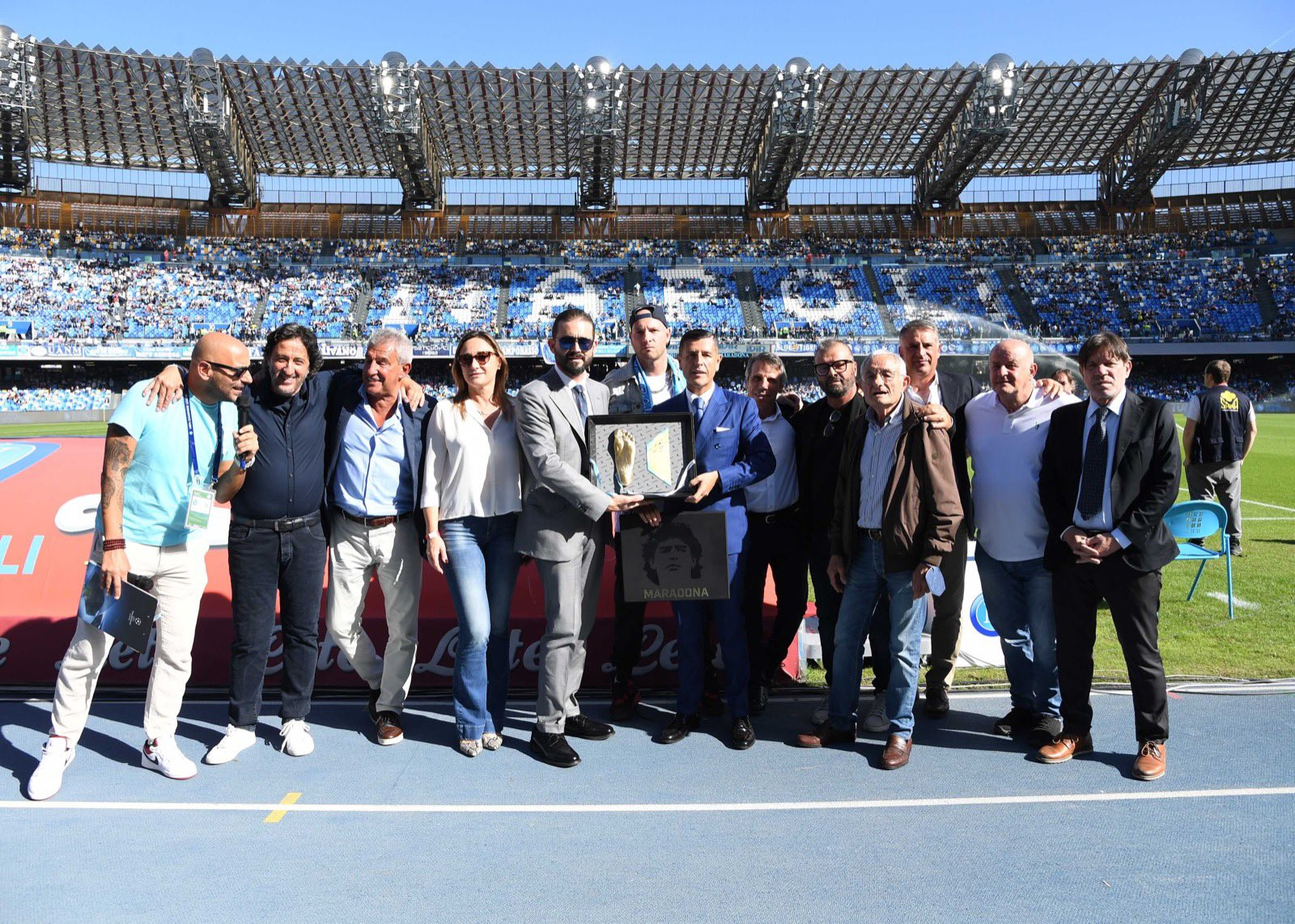 The Italian club made an emotional tribute on Saturday, one day before what would have been the 62nd birthday of the iconic Argentine forward, who died of heart failure and pulmonary edema in November 2020. 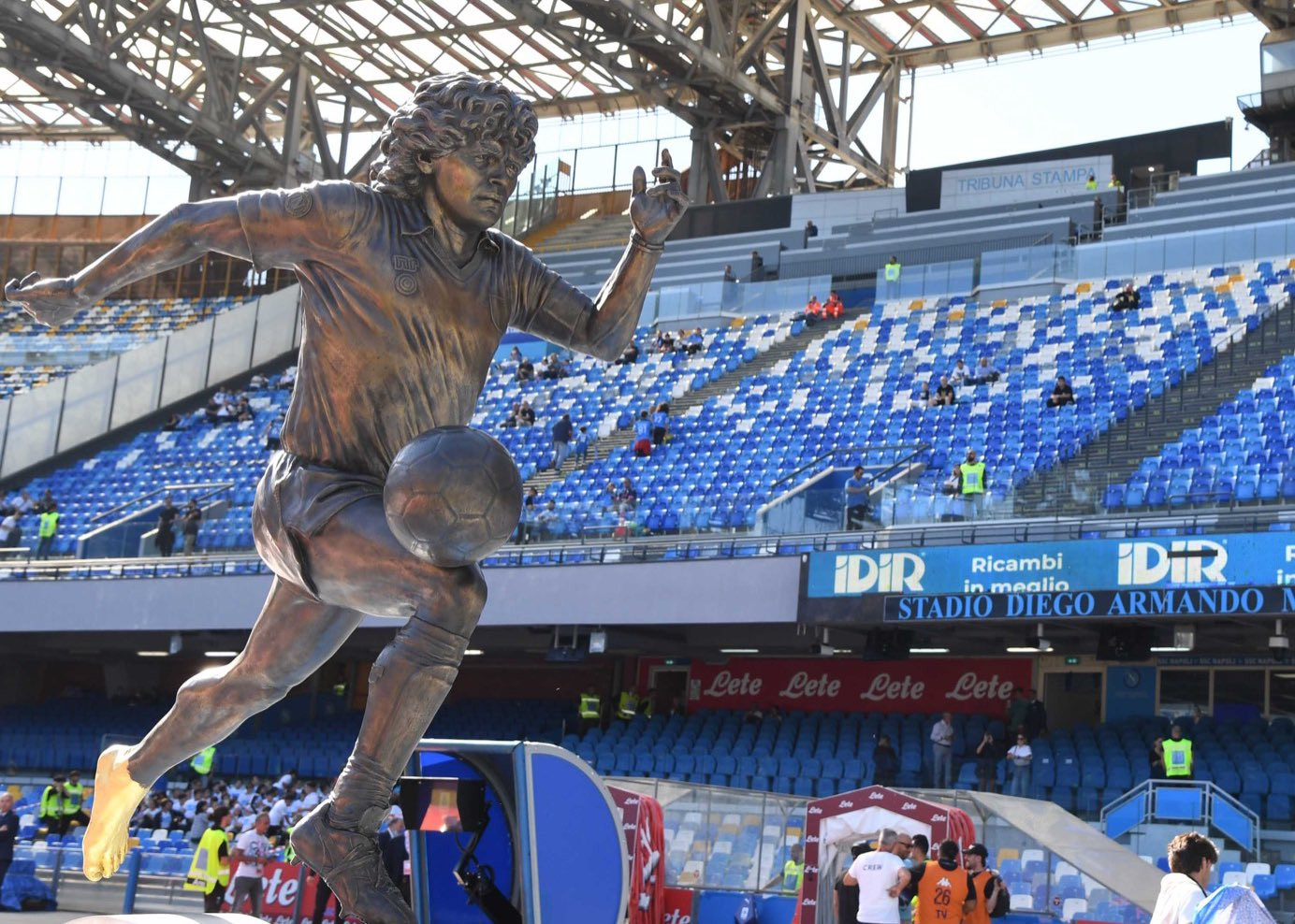 Luciano Spalletti’s side marked the occasion with a 4-0 thrashing of Sassuolo thanks to Super Eagles star Victor Osimhen’s hat-trick at the Stadio Diego Armando Maradona, named after their former star.

After his death, Napoli named their ground after him, retired his No 10 shirt, and unveiled a statue, which will now be the second sculpture to be displayed at the stadium. 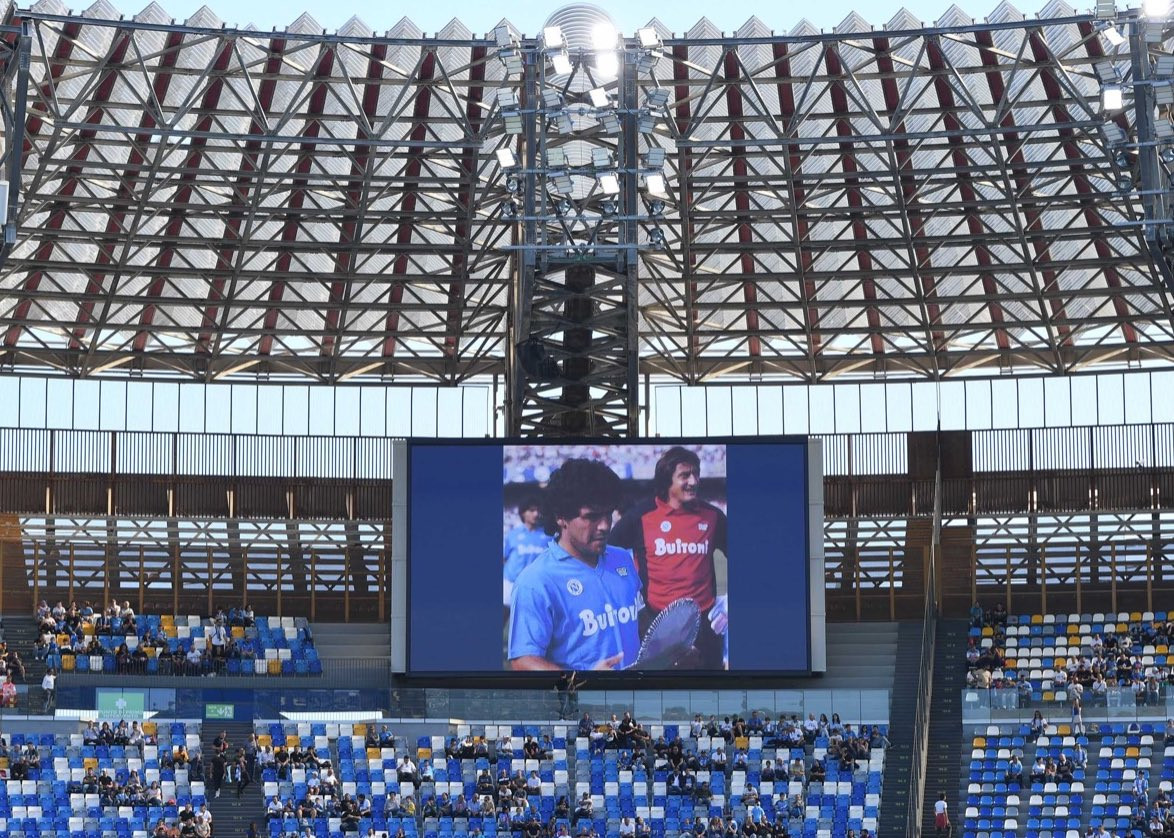