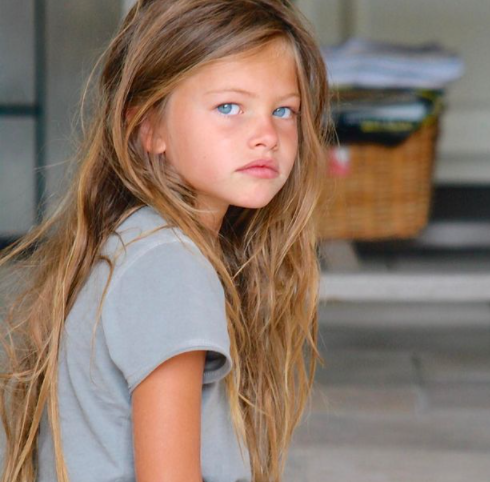 Thylane Blondeau, who was dubbed the “most beautiful girl in the world” at the age of six, was pictured at the beach with her boyfriend.

The model, now aged 20, looked stunning while on holiday in St Tropez with her boyfriend Ben Attal. 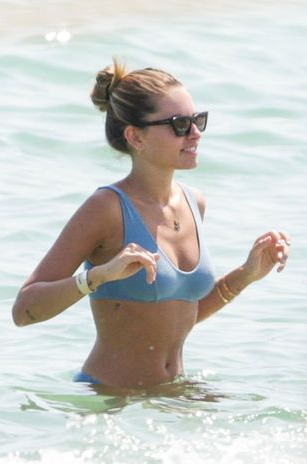 The French fashion designer, who is the daughter of former French football player Patrick Blondeau, cosied up to Ben as she frolicked in the clear blue water.

The couple began dating last year, and Ben was spotted with his hand placed tenderly on Thylane’s back as they spent time in the luxury French coastal resort. 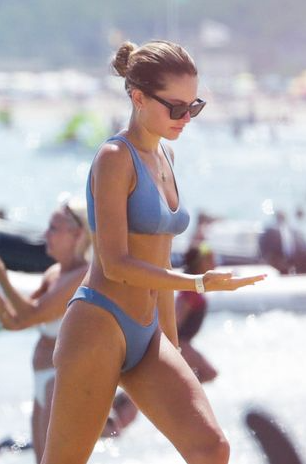 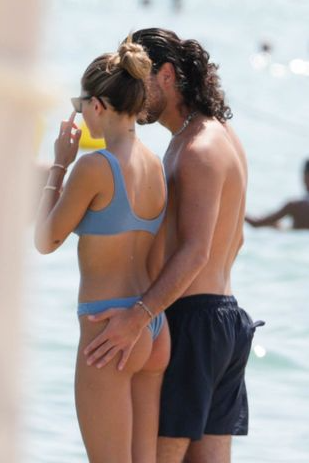 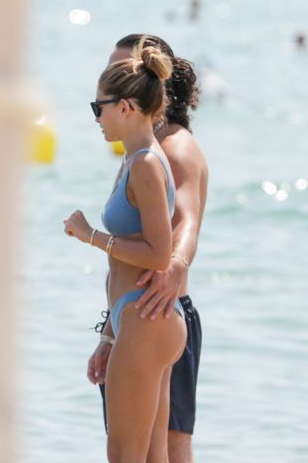