The dancer and reality star warned people not to fall to the tricks of scammers as she never opened such account. 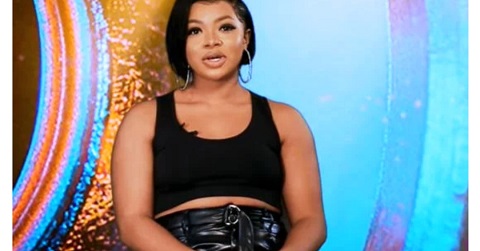 Liquorose
BBNaija season 6 runner-up, Liquorose has reacted after a GoFund account was opened in her name.
The dancer and reality star warned people not to fall for scammers as she never opened such account.
The fund is projected to be a consolatory buck for her, since she lost the N90m prize to the winner, Whitemoney.
But she noted on Monday that she was not part of the fundraising.
Her team thus urged her fans to disregard it.
They noted in a statement: “Kindly ignore the GoFundMe link, it’s not from the team. Any necessary information will be posted officially at the appropriate time. For now, we are celebrating Queen LIQUOROSE. She deserves so many roses and accolades. #CongratulationsLiquorose.”
Recall that last Sunday, Whitemoney walked home with the grand prize of N90m after winning 47 percent of the total votes.
On her part, Liquorose is said to have won more than N10 million from tasks and games during the show.

adminbuka - January 16, 2022
0
Troops neutralized three terrorists during patrols along the Telele-Sabon Gida road in Chikun Local Government Area of Kaduna State. The Commissioner of Internal Security and Home Affairs, Samuel Aruwan, who confirmed this in a statement...
Read more

adminbuka - January 16, 2022
0
Nollywood actress, Genevieve Nnaji has shared a natural photo of herself and sisters. Captioning the photo, she wrote; “The grey area we play in. Sisters”
Read more

adminbuka - January 16, 2022
0
Things are truly upside down now o, lol. Nigerians have been left stunned when two masquerades hit a night club in the East to entertain guests. Videos and photos of their performance where shared on social...
Read more

adminbuka - January 15, 2022
0
The Nigerian economy lost N10.72trillion to the suspension of microblogging platform, Twitter, the Lagos Chamber of Commerce and Industry said.The figures were disclosed in a statement issued on Friday by Chinyere Almona, Director-General, LCCI. “In...
Read more

adminbuka - January 15, 2022
0
Ondo State Security Network Agency, known as Amotekun Corps, has arrested 17 persons from the northern part of Nigeria with over 30 dogs, cutlasses, and charms. It was gathered that the suspects, who could not...
Read more
© © Copyright Buzzbuka 2021