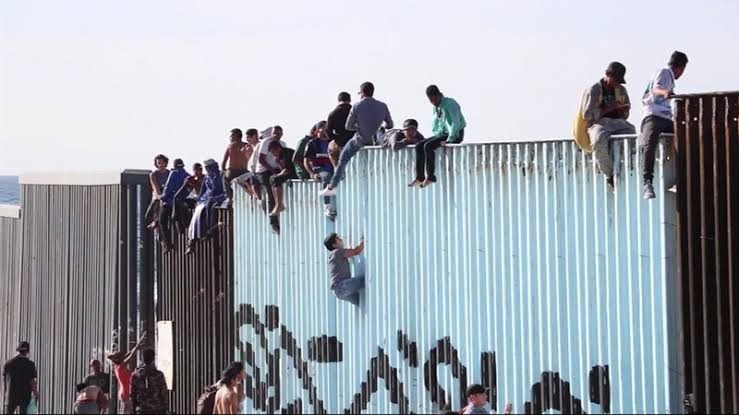 The agency revealed that registration begins on Wednesday, June 23 for asylum-seekers who were subject to the ‘Remain in Mexico’ policy and either had their cases dismissed or denied for failing to appear in court.

It’s not clear how many would be eligible but it’s estimated to be over 10,000.

Michele Klein Solomon, the International Organization for Migration´s director for North America, Central America and the Caribbean, told the AP that she expected at least 10,000.

There are nearly 7,000 asylum-seekers whose cases were dismissed – the vast majority in San Diego – and more than 32,000 whose cases were denied, mostly in Texas, according to Syracuse University’s Transactional Records Access Clearinghouse, so it could surpass the estimated 10,000.

Many migrants have left the Mexican border region, thinking their cases were finished, but now there is the possibility that they will make the dangerous journey to return.

The administration has said it is aware of those dangers and will do it’s best to reunite families that remain separated years after Trump’s ‘zero tolerance’ policy on illegal crossings.

The move is another significant effort at redress for Trump policies.

Biden halted Trump’s immigration policy his first day in office and has allowed an estimated 26,000 asylum-seekers with active cases to return to the United States while their cases play out, a process that can take years in a court system backlogged with more than 1.3 million cases.