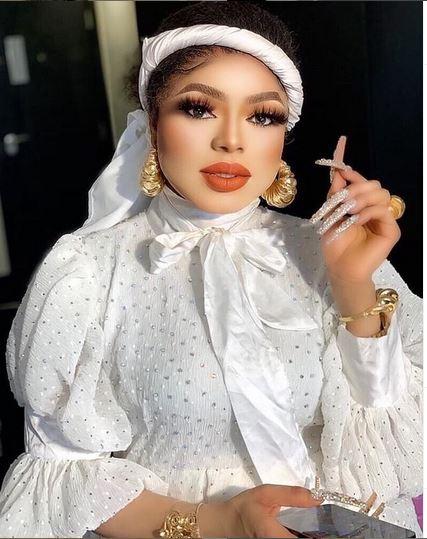 Controversial cross-dresser Idris Okuneye aka Bobrisky has owned up to being a side chick.

The Instagram celebrity, who took ‘risk’ to become ‘Bobrisky’, also defined the class of side chick he/she belongs to.

He/she claimed to be the one who also loves the partner’s spouse, ensuring she isn’t hurt in any form.

But any partner who maltreats his spouse, Bob insisted he/she will ditch them because it was only a matter of time before they do same to him/her.

Bobrisky wrote: “I’m that side chick that loves my boyfriend’s wife.

“She doesn’t need to know me but lowkey I won’t allow my man hurt her.
“Any married man I’m dating must respect their wife. If you don’t i will of dump your ass. Cos sooner or later you will be rude to me too.”