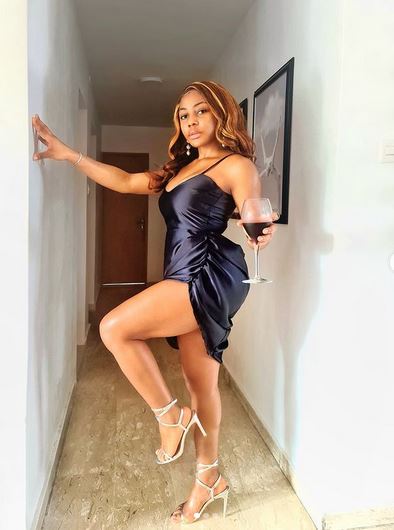 Former Big Brother Naija housemate, Ifu Ennada took to social media to heap curses on a man who body-shamed her.

Ifu had shared new photos of herself, which made the man comment, saying she has no curves and she needs to stop confusing them.

This got Ifu angry, and inturn sent him a thunder for the week.

The troll had said; ”You no get any curve Ifu, pls stop confusing us”

Ifu then fired back saying; ”We live in a world where a vertically married challenged married man is so obsessed with a single girls’ body, he feels the set way to express it to troll her on her own page early in the morning, Thunder is waiting for you this week”. 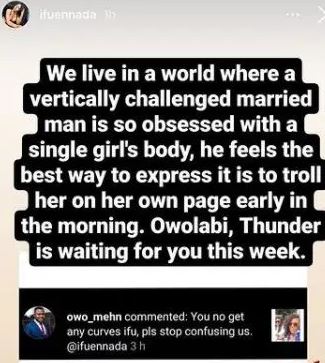