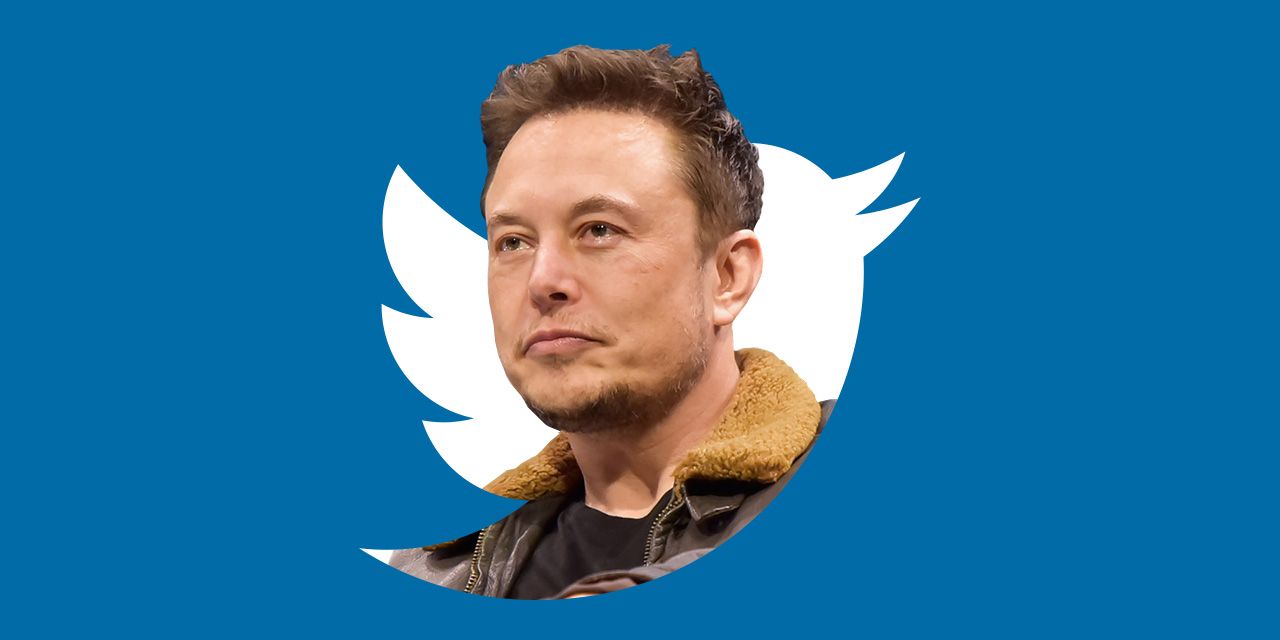 Billionaire entrepreneur Elon Musk agreed to buy Twitter Inc. for $44 billion, using one of the biggest leveraged buyout deals in history to take private a 16-year-old social networking platform that has become a hub of public discourse and a flashpoint in the debate over online free speech.

Investors will receive $54.20 for each Twitter share they own, the company said in a statement Monday. The price is 38% more than the stock’s close on April 1, the last business day before Musk disclosed a significant stake in the company, sparking a share rally. Twitter shares were halted for the news.

Musk, one of Twitter’s most prolific users with more than 83 million followers, began amassing a stake of about 9% in January.

By March, he had ramped up his criticism of Twitter, alleging that the company’s algorithms are biased and feeds cluttered with automated junk posts. He also suggested Twitter’s user growth was inflated by bots. After rejecting an invitation to join the company’s board, on April 14 he offered to take Twitter private, saying he’d make the platform a bastion of free speech and dropping other hints about the changes he’d make as owner.

The ideas verged from the practical — say, letting users edit tweets and combating the spread of bots — to the peculiar, such as a proposal to turn the company’s San Francisco headquarters into a homeless shelter.

“Free speech is the bedrock of a functioning democracy, and Twitter is the digital town square where matters vital to the future of humanity are debated,” Musk said in the statement on Monday. “Twitter has tremendous potential – I look forward to working with the company and the community of users to unlock it.”

The deal was unanimously approved by the company’s board, and is expected to be completed later this year. Musk secured $25.5 billion of debt and margin loan financing and will provide about $21 billion in equity to fund the deal, according to the statement.

adminbuka - September 29, 2022 0
Afroclassic singer, Kizz Daniel has splurged several millions to acquire a magnificent mansion by the seaside. The ‘Buga’ hit maker shared a video of the imposing architecture with finishing touches being carried out The white glass...
Read more