The EFCC boss made the statement during Politics Today’s Channels TV programme on Thursday evening. 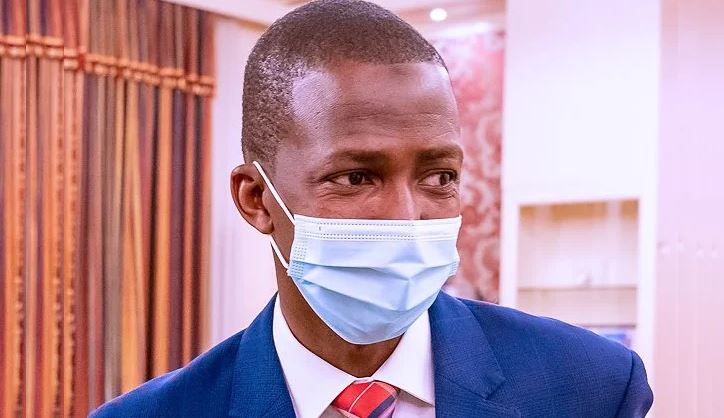 Abdulrasheed Bawa, the Chairman of the Economic and Financial Crimes Commission (EFCC), has said he cannot publicly reveal the Identities of people bankrolling Boko Haram terrorists and other insurgents in Nigeria.

The EFCC boss made the statement during Politics Today’s Channels TV programme on Thursday evening.

Earlier this week, the authorities of the United Arab Emirates mentioned six Nigerians among those funding terrorism.

However, while answering a question regarding that, Bawa said he would not discuss a sensitive national security issue on national television.

“If you are my adviser, will you advise me to come on national television to tell the whole world regarding matters of sensitive national security issue?” Bawa asked.

“Certainly, not. But what I want to assure you we are working tirelessly with other sister agencies to ensure that this country is free of terrorism.”

The President Muhammadu Buhari-led government has promised many times to publish the names of people sponsoring terrorism in the country, but has failed to do so.

Also in Nigeria, about 400 Bureaux de Change operators are standing trial for allegedly supporting terrorists but the government has also not made the details available to Nigerians.

Bawa, who collapsed while speaking at an event organised by National Identity Management Commission at the Presidential Villa earlier on Thursday, said he had since returned to work after seeing his doctor.

He said apart from being dehydrated, he was fine.