A blog that reviews movies left an unfavourable review about The Ghost And The Tout Too, a movie produced by Toyin Abraham featuring a number of popular actors. The reviewer then added that people are better off staying home to watch Funke Akindele’s latest movie, Omo Ghetto: The Saga.

Iyabo Ojo then responded, slamming the blog while claiming her colleague, Funke, paid the blog to write “rubbish” about the movie.

She further accused Funke of always finding ways to discredit her colleagues. She added that Funke only pretends to be a good person on social media but she knows her well outside social media.

Though she didn’t say which Funke she was referring to, Instagram users concluded she was talking to Funke Akindele, aka Jenifa, and they slammed her for making accusations without evidence. 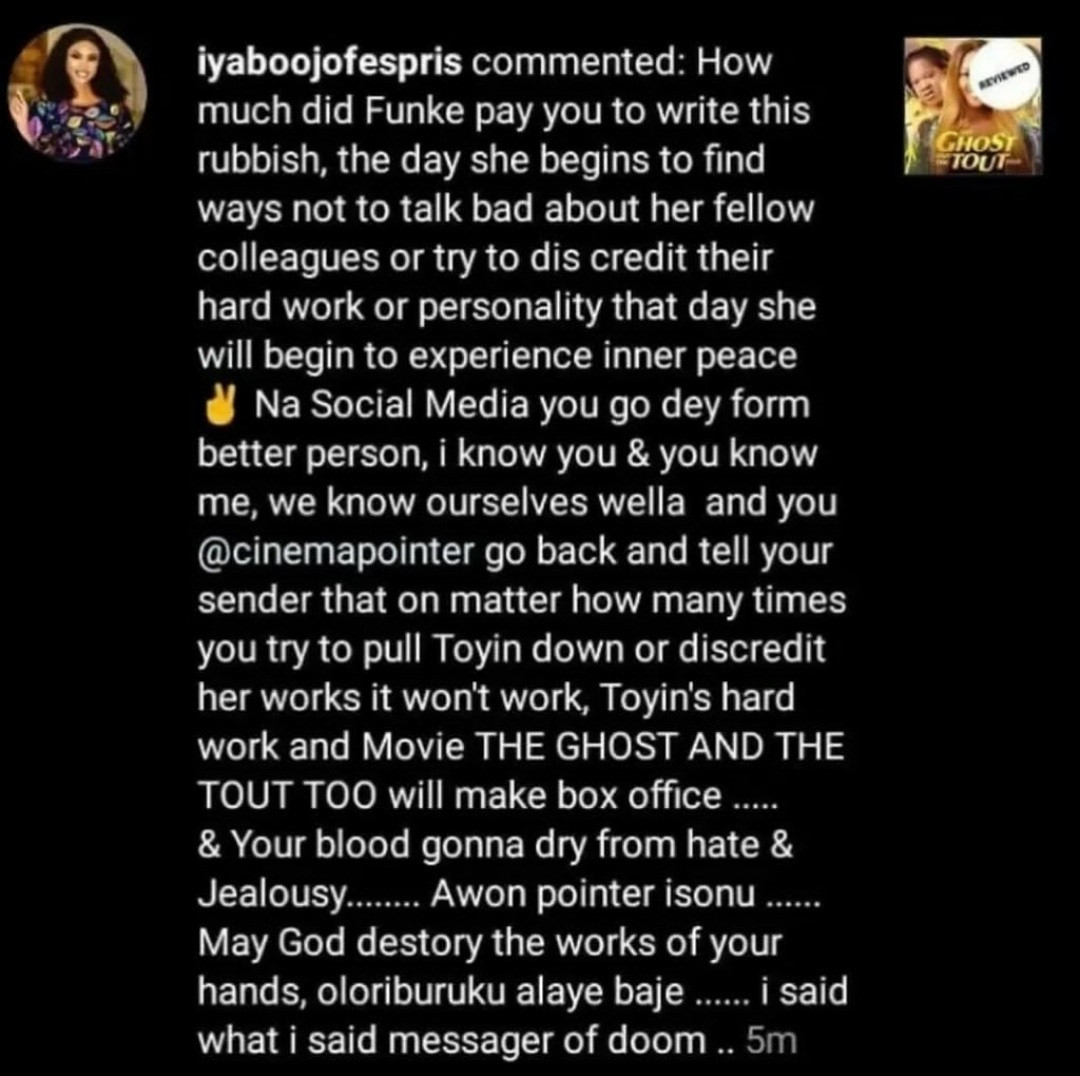