Coca Cola is feeling the effect of star power after its market value dropped by as much as $4 billion following a memorable moment this week in which soccer superstar Cristiano Ronaldo held up a bottle of water instead of Coca-Cola.

At a press conference on Monday this week, Ronaldo moved two bottles of Coca-Cola, one of the official sponsors of the event, and then picked up a bottle of water.

“Água!” he exclaimed in Portuguese, setting the bottle down in the center of his desk, suggesting people should take water instead. 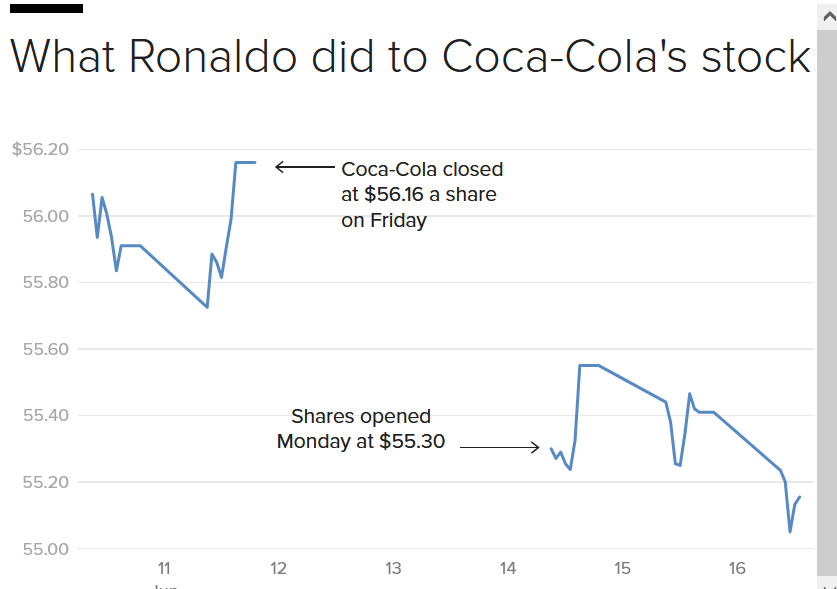 As at Thursday morning, June 17, Coca-Cola’s value is now worth $238 billion. It was previously valued at $242 billion, before shares of the company dropped this week.

“Players are offered water, alongside Coca-Cola and Coca-Cola Zero Sugar, on arrival at our press conferences,” a representative for Euro 2020 said when asked by The Guardian if players are contracted to drink Coca-Cola.

Ronaldo has said in the past he doesn’t smoke, drink alcohol or soda.