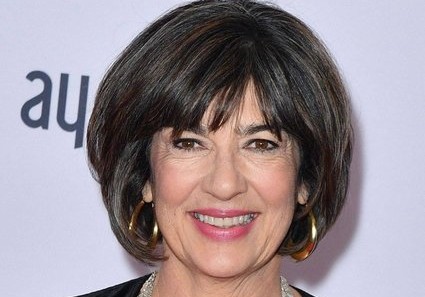 Popular CNN anchor, Christiane Amanpour, has revealed that she has ovarian cancer.

The 63-year-old veteran journalist, who had been off the air for about a month to treat the disease, broke the news at the start of her TV show Monday.

Amanpour, who is CNN’s chief international anchor, called the past four weeks a bit of a rollercoaster for her

“Like millions of women around the world, I’ve been diagnosed with ovarian cancer,” Amanpour said.

“I’ve had successful major surgery to remove it, and I’m now undergoing several months of chemotherapy for the very best possible long-term prognosis.

“And I’m confident. I’m also fortunate to have health insurance through work and incredible doctors who are treating me.”

I’m telling you this in the interest of transparency but in truth, really, mostly as a shoutout to early diagnosis.”

She added that she wants “to urge women to educate themselves on this disease, to get all the regular screenings and scans that you can, to always listen to your bodies, and of course, to ensure that your legitimate medical concerns are not dismissed or diminished.”

Some personal news from me: pic.twitter.com/D5noRnfXfA

After sharing her personal news with viewers, Amanpour then went right into covering international news, including discussing the upcoming meeting between President Biden and Russian President Vladimir Putin, happening in Geneva on Wednesday.

Amanpour, who is based in London, has covered conflicts around the world during her time at CNN.

She first became known to the CNN audience internationally for her coverage of the 1991 Gulf War that followed Iraq’s 1990 invasion of Kuwait.

She has interviewed many of the world’s leaders and newsmakers over the past two decades and reported from hotspots such as Iraq, Afghanistan, Pakistan, Somalia, Rwanda and the Balkans.