Justice Ladiran Akintola said the application by the AGF is against fair hearing and the fundamental human rights of the applicant because it has to do with his free movement. 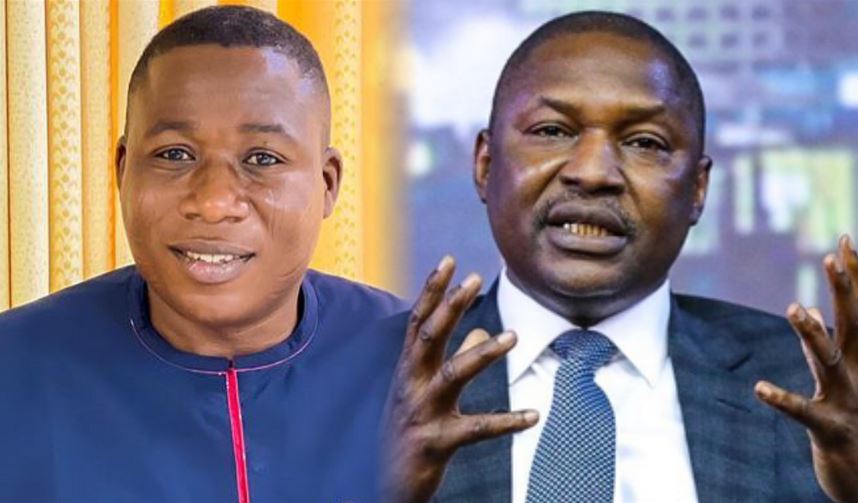 According to a report by SaharaReporters, the Nigerian government, Attorney General of Federation and Minister of Justice, Abubakar Malami and the Department of State Services (DSS) on Monday lost another application seeking vacation of order by the Oyo State High Court retraining the government from arresting, intimidating, harassing Yoruba Nation agitator, Sunday Adeyemo, aka Sunday Igboho.

The court had also restrained the government from freezing the bank account of Igboho.

Justice Ladiran Akintola said the application by the AGF is against fair hearing and the fundamental human rights of the applicant because it has to do with his free movement.

Counsel for the AGF, Enock Simeon had earlier appealed to the court to vacate its earlier judgement restraining Nigerian government from freezing Igboho’s account and arresting his allies.

Simeon argued that such a judgement is interim and could only stay for seven days.

SaharaReporters had reported that Justice Akintola on August 4 granted an order of interim injunction restraining the Department of State Services (DSS) and other security agencies from arresting, detaining, molesting or killing the Yoruba Nation activist, Igboho.

But objecting to the argument, counsel for Igboho, Chief Yomi Aliyu (SAN) said he had filed for extension of the order on the 26th of August, therefore, the new application should not be granted.

Counsel for the AGF, thereby, sought another adjournment for him to reply to the application as the time frame of seven days had not elapsed.

On his part, the counsel for the DSS, T. Nurudeen said he had not been served with the new processes, urging the court to give a fair hearing to the parties by adjourning the case for hearing.

Justice Akintola refused to grant the application and therefore adjourned the case till September 7 for hearing.

The initial motion developed from the originating motion seeking N500 billion damages for invasion of his house in Ibadan, the Oyo State capital on July 1.

Aliu had expressed confidence the AGF Malami would not disobey the court order, saying the order was given directly against his office.