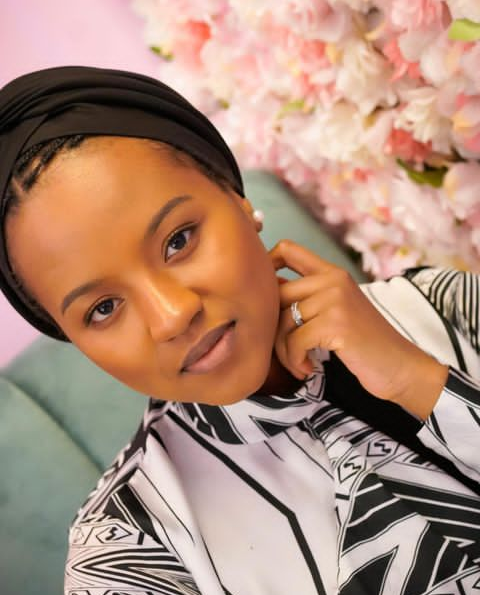 Daughter of Maiduguri billionaire, Hauwa Indimi-Yar’adua has recalled when a woman gave her a disapproving look for sitting down to pray while she was pregnant.

The mother of one disclosed this while reacting to a post about the changes women’s bodies undergo during pregnancy and after childbirth.

Hauwa stated that most of the criticisms pregnant women and mothers face are from their own gender.

“Yea but same women will tell you ‘we ve all done it, stop acting all special.’ Sick of the culture around here expecting women to suck things up. Everyones experience is different,” she said.

“Woman gave me the side eye when I was pregnant with my son and seated while praying. On my mind I was like F off. I do not care how you force your body to do things to prove a point while you were pregnant” 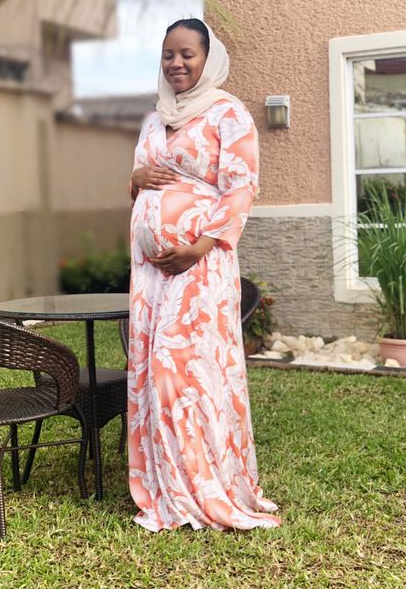 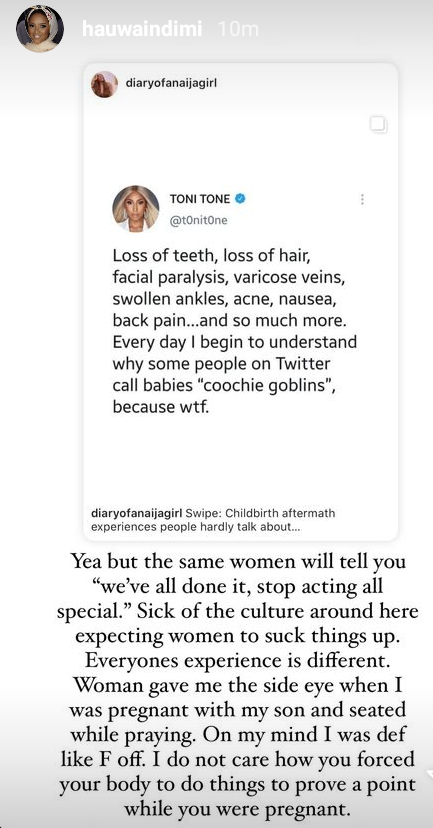