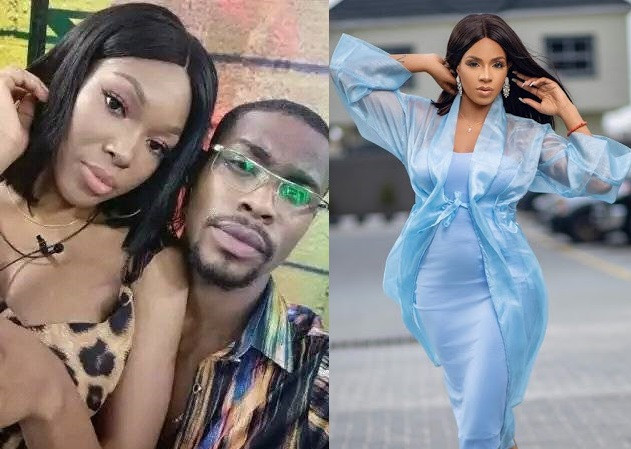 Sharing a screenshot of a message Venita allegedly sent her in which she (Venita) told her (Obatare) to audition for the reality show after she stated that her opinion is not needed in her brother’s relationship, Neo’s sister averred that Venita is only a cousin and there’s no upgrade to that.

Obatare who warned Venita never to text her again, threatened to beat her during any physical meeting.

See her tweets below……. 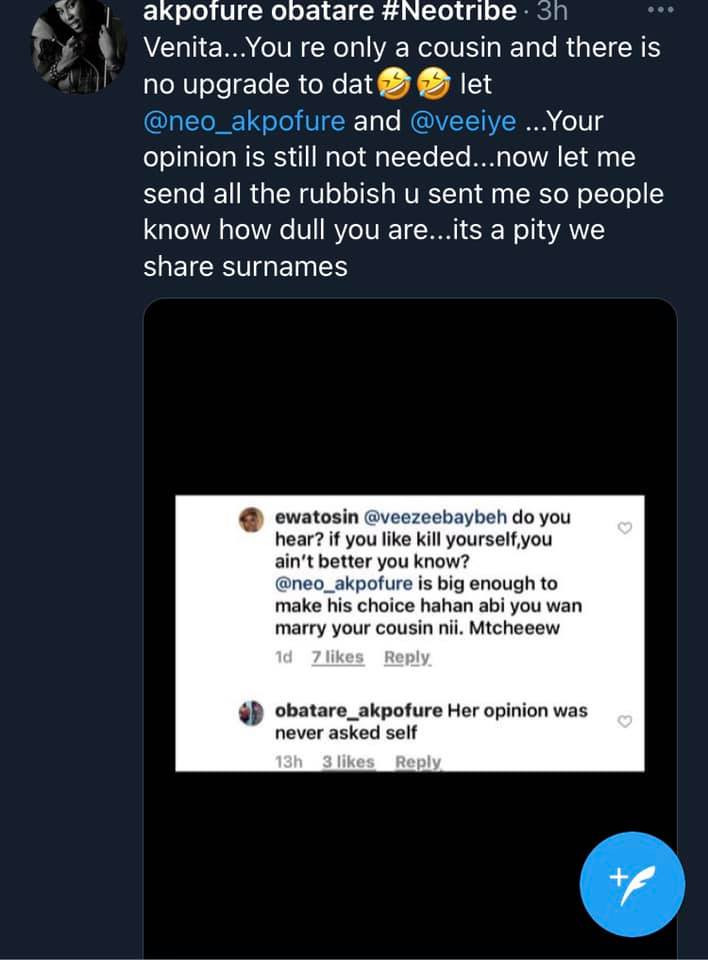 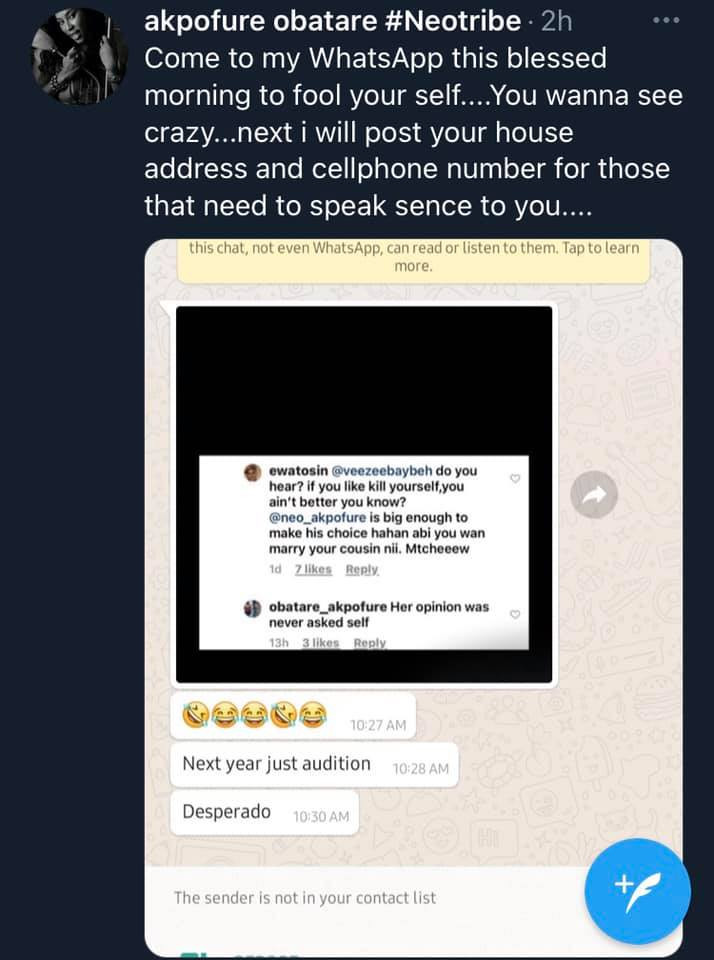 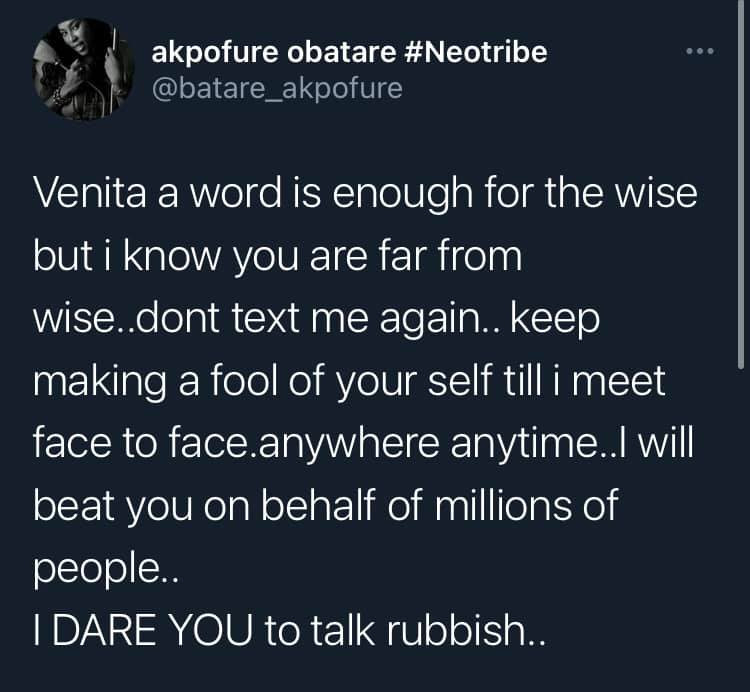