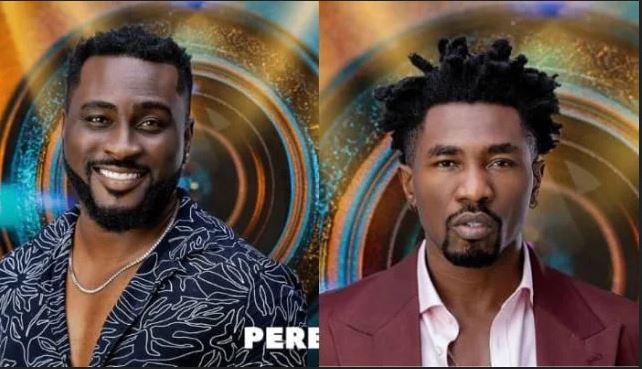 Boma, a Big Brother Naija Shine Ya Eye housemate, has expressed shock that Pere was not evicted out of the show during the Sunday live show.

He made this known in a discussion with Liquorose and Tega on Monday, day 37 of the show, as they mused about the turnout of the eviction show.

The Sunday live eviction show ushered the unexpected exit of Maria, JMK, and Sammie out of the show, as the rest of the nominated housemates – Pere, Queen, and Cross – were saved by their fans’ votes.

Speaking on the outcome of the evictions, Liquorose said, “I felt that Pere would leave. That was my belief; that Pere was going.”

In agreement, Boma said, “Me too. I didn’t know he was that strong. I was shocked. I was surprised. I even told him to his face.”

“Maria said it then. She said she felt that Pere was strong. That she wasn’t sure that Pere would go,” Liquorose said.

She added, “Whitemoney told me. He said, ‘the one person you believe is not going that you are optimistic about is going. But the person that you’re sure of his exit this week is not going’.

“I was like,’Whitemoney, can you just give me names?’ I was optimistic that Maria was not going because to me, she’s the most fun person in the house. I can watch Maria for three years and not get bored.”