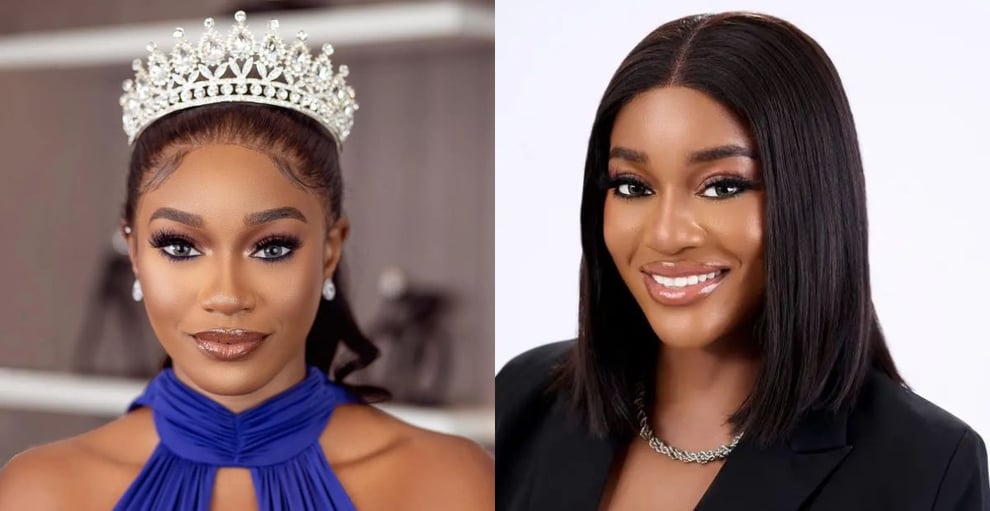 Big Brother Naija season 7 housemate, Beauty, has been issued a strike for charging at Ilebaye during their altercation on Sunday.

Gathering the Level 2 housemates in the lounge, Biggie noted that the contestants had flouted the rules of the game.

He stated that both Ilebaye and Beauty overstepped each other’s boundaries during their heated quarrel.

Beauty, an ex-Miss Nigeria, got angry seeing her love interest, Groovy dance with Level 1 housemate, Chomzy at the Saturday party.

Things got heated when Ilebaye, one of her closest friends in the house, tried to talk to her about the situation.

Beauty, during the altercation came to Ilebaye’s face and said, “I’ll come to your face like this but I’ll not touch you.”

She then flipped over Ilebaye’s wig and repeated the statement, “I’ll come to your face but I’ll not touch you.”

Speaking to Beauty over her act, Biggie said, “Beauty, while the both of you overstepped your boundaries, you took it a little further when you charged at Ilebaye and proceeded to physically remove items from her body in what could be seen as a violent manner.”

He then issued Beauty a strike while Ilebaye received a stern warning.

As part of the rules of the game, when a contestant receives three strikes, he/she will be disqualified from the show.

The rest of the housemates were also warned for hesitating whenever they were being called upon by Big Brother.