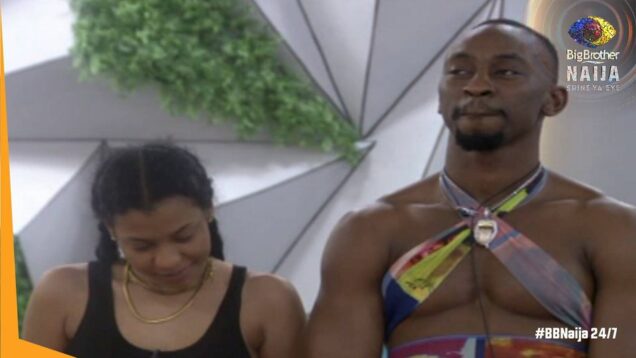 Big Brother Naija Shine Ya Eye housemate, Saga, has stated that he wasn’t happy Nini’s return because he had to display deep emotions for just a prank.

He said this on Thursday, day 61 of the show, as he discussed Nini’s disappearance and return with Pere.

Saga said, “I’m happy to see her but I’m still angry. I’m not happy because I even felt genuine emotions, I can’t lie.

“I’m not happy that I had to just display such emotions on TV like that, for nothing.

“That’s why I just shut up my mouth. I didn’t want to talk too much.

“If you notice, I just didn’t want to talk too much about it because I just know that it was just a game. I’m just waiting for it to end.”

Pere said, “At some point, I knew it was a prank not until Whitemoney started talking about fake housemates, I bought it”