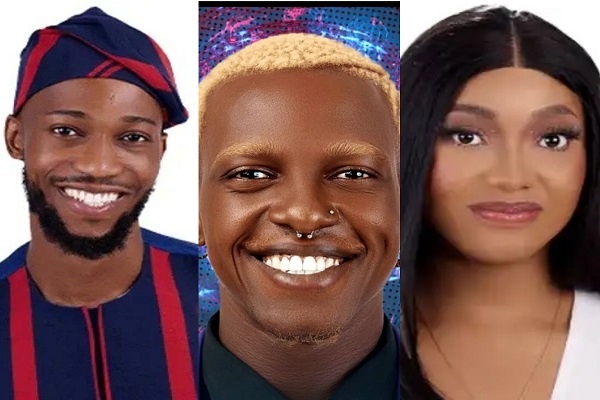 On Day 25, the level one housemates decided to keep themselves happy as the level two housemates rocked their second pool party.

It was a cruise interview with housemates asking themselves questions on different things playfully.

Chomzy, who had been laughing at the cruise question thrown at Doyin, was the next victim.

Dotun was asked to explain his situationship with Chomzy and he replied that she was indecisive.

That didn’t go down well with Chomzy who said Dotun was not man enough to know what he wants, which is why she turned him down.

Dotun said it was after the second day of trying. Chomzy picked on this saying Dotun did want her but he was throwing shade because she told him no.

Dotun gave a retort that Chomzy never said no and she did to him what she was doing to Eloswag.

He said he was a casanova in the past and can see when the moves of a casanova are being pulled on him.

Hermes, who was standing beside Dotun, quickly took over the conversation like it was a relay and started speaking of his experience with Chomzy.

He said he was quite assertive with her because the first time he spoke to her she said no but later on she couldn’t give a straight response.

Chomzy countered this saying she gave him a straight ‘no’ because he was inconsistent.

Hermes denied and stuck to his words.

After the cruise ended, Chomzy was spotted with Eloswag complaining about what Dotun said and how it hurt her feelings.