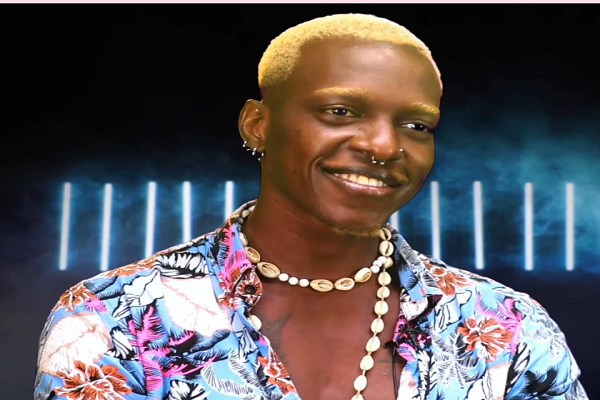 One time BBNaija Level up HoH, Hermes believes that he has all his Housemates figured out and gives Allysyn his honest assessment.
After living in the same House for 41 days, Housemates have interacted enough times to know each other.

The master analyser of the House is Adekunle, but Day 41 introduced a new Housemate analyst; Hermes. During a Garden session with his new girl Allysyn, he gave a brief analysis of who the Housemates are.

The conversation was kickstarted by his explanation to Allysyn about how bored he was.

Most hours of the day do not have activities, and the only thing keeping him excited in the House is the Tasks because he never knows what to expect.

Besides that, he was bored and Housemates have “characters that are not going anywhere”.

He started with the Rider Chizzy, describing him as a focused guy that is vocal about what he wants. The self-appointed food guard was not shy to stop the previous Level 1 Housemates from touching their food.

Hermes added that Chizzy does not care what people say about him, and he was not off the mark there.

In one of his Diary Sessions, he said he was going to be “extra” in the House just to be a nuisance to the Housemates and get himself Nominated.

Hermes described Adekunle and Doyin as intelligent, adding that Doyin had received a good education and is posh.

She also did not want to participate in hard work, and at the beginning of the season, this frustrated Hermes.

During his HoH tenure, Biggie asked him who he would nominate in the House, and he chose Doyin. His justification was her lack of participation in housework.

Dotun is a great guy, according to Hermes. He is quiet and disciplined, and the discipline has come through this week as he got the group together for rehearsals, even waking them up when needed.

Deji, however, is a tactical guy for Hermes, but we are still yet to see the tactics make an appearance.

Chomzy, Phyna and Chichi are hard workers. Chomzy was the first female HoH, and one of the top contenders when the House had Tasks.

Chichi on the other hand is a woman that will do everything she can to ensure her wellbeing. Life has taught her that no one will do things for her and that she needs to do them by herself. Phyna also puts her all into everything that she does.

Lastly is his analysis of the girl he chose. Allysyn, for him, has a lot of potential which she is shying away from because she feels like her light will make other people feel hurt. Her empathy toward people is keeping her from enjoying her life and that is one of her biggest challenges.