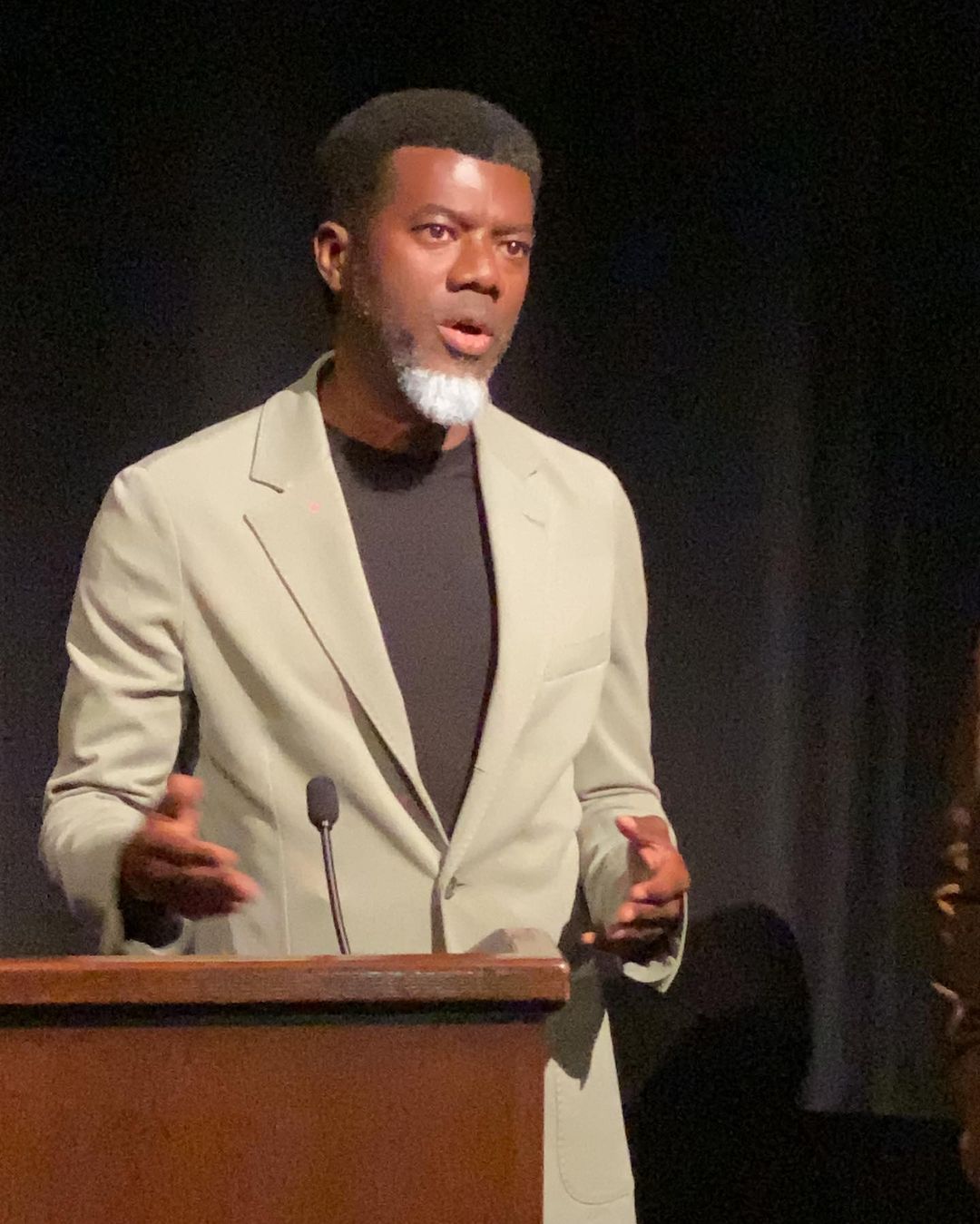 It can be recalled that a man who identified himself as a former pastor of the Living Faith Church International, popularly known as Winners Chapel, in a viral video claimed he and other pastors were sacked by the church for not generating enough money in their respective branches. 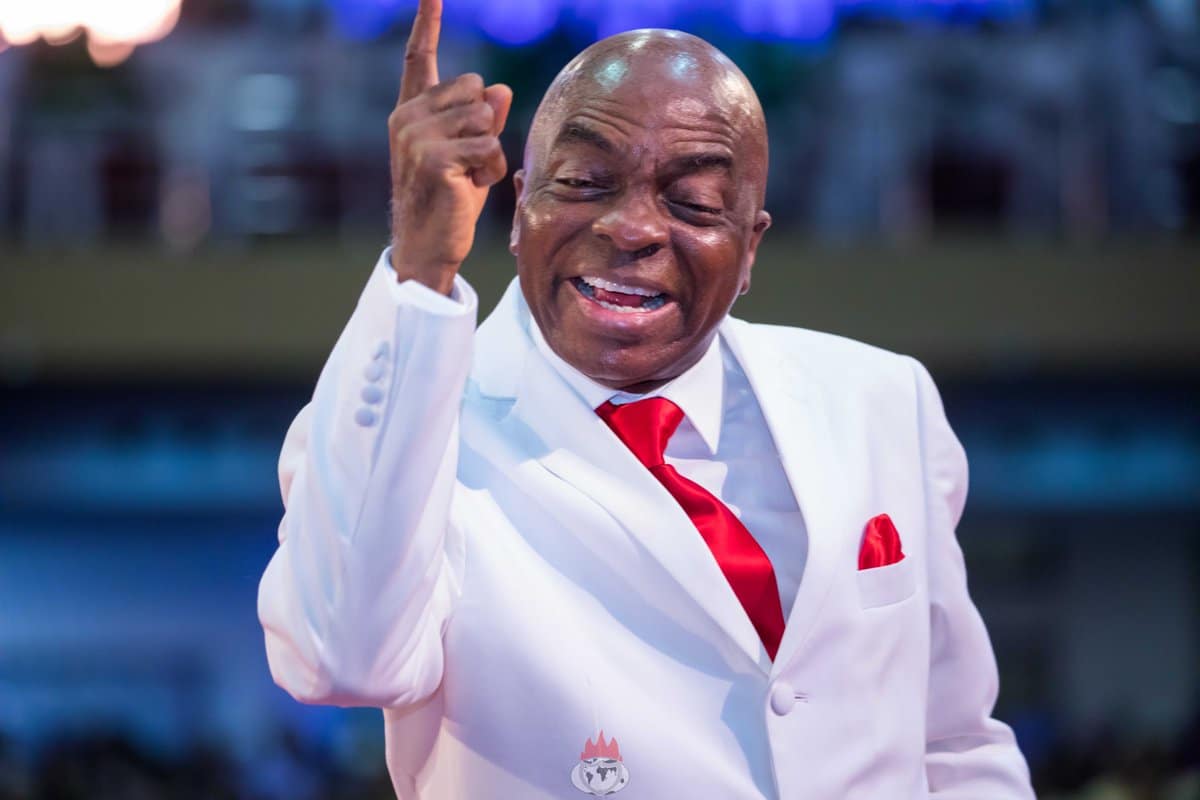 Reacting to the church’s decision Reno averred that the church has done the right the thing, according to him, it’s only right that any pastor who fails in evangelism should be sacked.

“I read the letter from Winners Chapel and it did not mention anything about money. Rather, it used the word “church growth”. Christ called us to engage in evangelism-Matthew 28:18-20. Any pastor that fails at that core duty should be sacked. This is what Christ told us in Matthew 25:14-29.

The sacked pastor who went to the press after releasing a live video is playing on your emotions. He is not considering that he is undermining the faith of believers.

In John 15:16, Christ said “I chose you and appointed you that you should go and bear fruit.” Now, ask yourself what the consequence of not bearing fruit is. Christ answered that question in John 15:2 “Every branch in Me that does not bear fruit He takes away”.

This is why the only thing Christ ever cursed in His lifetime on Earth is the fig tree that bore no fruit-Mark 11:14. Winners Chapel is in order.” 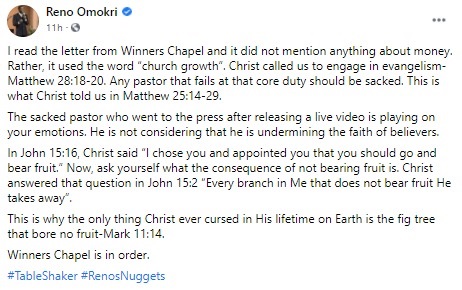