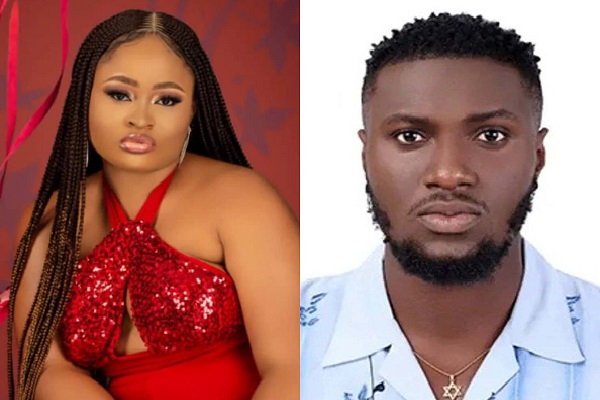 Amaka has stepped up her relationship with Giddyfia with a possible affair in the offing.

Amaka had conversations with some of the females, including Chi Chi and Phyna and was advised to take him for herself if she liked him.

Chichi, who was the instigator, told Amaka not to be afraid because Giddyfia was not in any relationship in the house.

This is coming 24 hours after Diana engaged in a shouting match with Rachael over her seeming closeness to Giddyfia on the dancefloor.

Amaka took the advice and was spotted having a chummy conversation with Giddyfia at the poolside.

The conversation continued into late night when Giddyfia stayed by her as she worked on her spider web-bead design punishment.