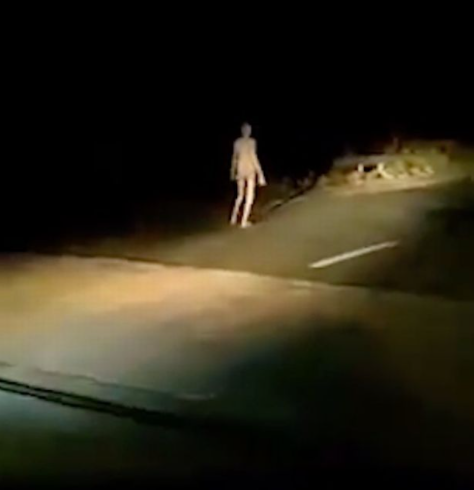 A strange alien-like figure has been spotted strolling along a bridge in the middle of the night in India.

The unusual creature was naked as it was filmed on Friday, May 28, walking on the newly-constructed bridge near Chadwa Dam in the Hazaribagh area, Jharkland, eastern India.

In the video, the creature with long arms and legs, pale white skin, and a skinny torso is seen walking in the middle of the road as motorcyclists swerve out of the way to avoid the figure.

The figure then stops and stares at them, before continuing its slow walk. 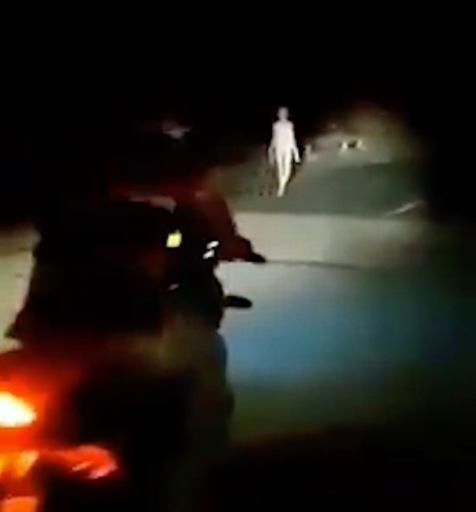 People have been arguing on Twitter, with some saying it’s a ghost, others said it’s an alien, and some opined that it was just a naked human.