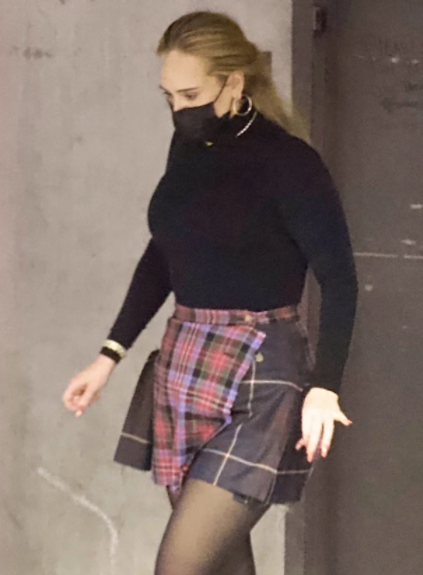 British music star, Adele flashed her leg in a miniskirt and heels on a date night in Los Angeles with her American sports agent boyfriend, Rich Paul.

The 33-year-old singer also showed off her incredible weight loss and a newly trim frame with a long black turtleneck top stretched over her chest, while being closely followed by her boyfriend. 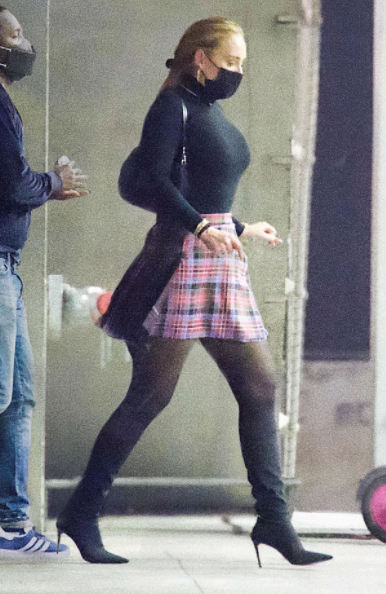 Adele who now lives in a £7.7 million Beverly Hills mansion and her boyfriend, opted to wear face masks in a bid to stay safe following the current pandemic.

The former East London girl is reported to have followed a sirtfood diet which focuses on foods which contain sirtuins. 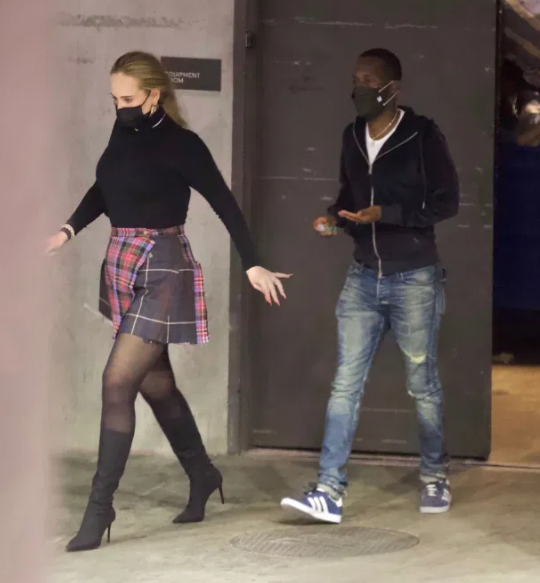 Foods rich in sirtuins which are linked to improving your metabolism, include blueberries, kale and buckwheat. It also includes dark chocolate and red wine.

The singer who went on a major health kick for the sake of her son Angelo Adkins, which saw her shed a reported seven stone, recently joked about about her new look while guest hosting US TV show Saturday Night Live last October. 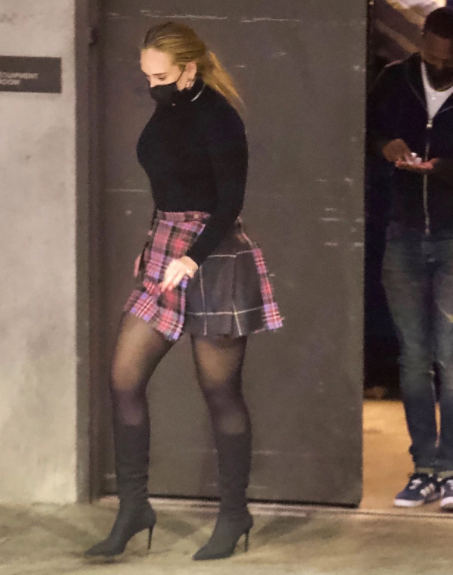 “I know I look really, really different since you last saw me.

“But actually because of all the COVID restrictions and the travel bans, I had to travel light and I could only bring half of me, and this is the half I chose.”