This comes after actress Onyi Alex’s said it’s a sin for a broke man to say he loves her. 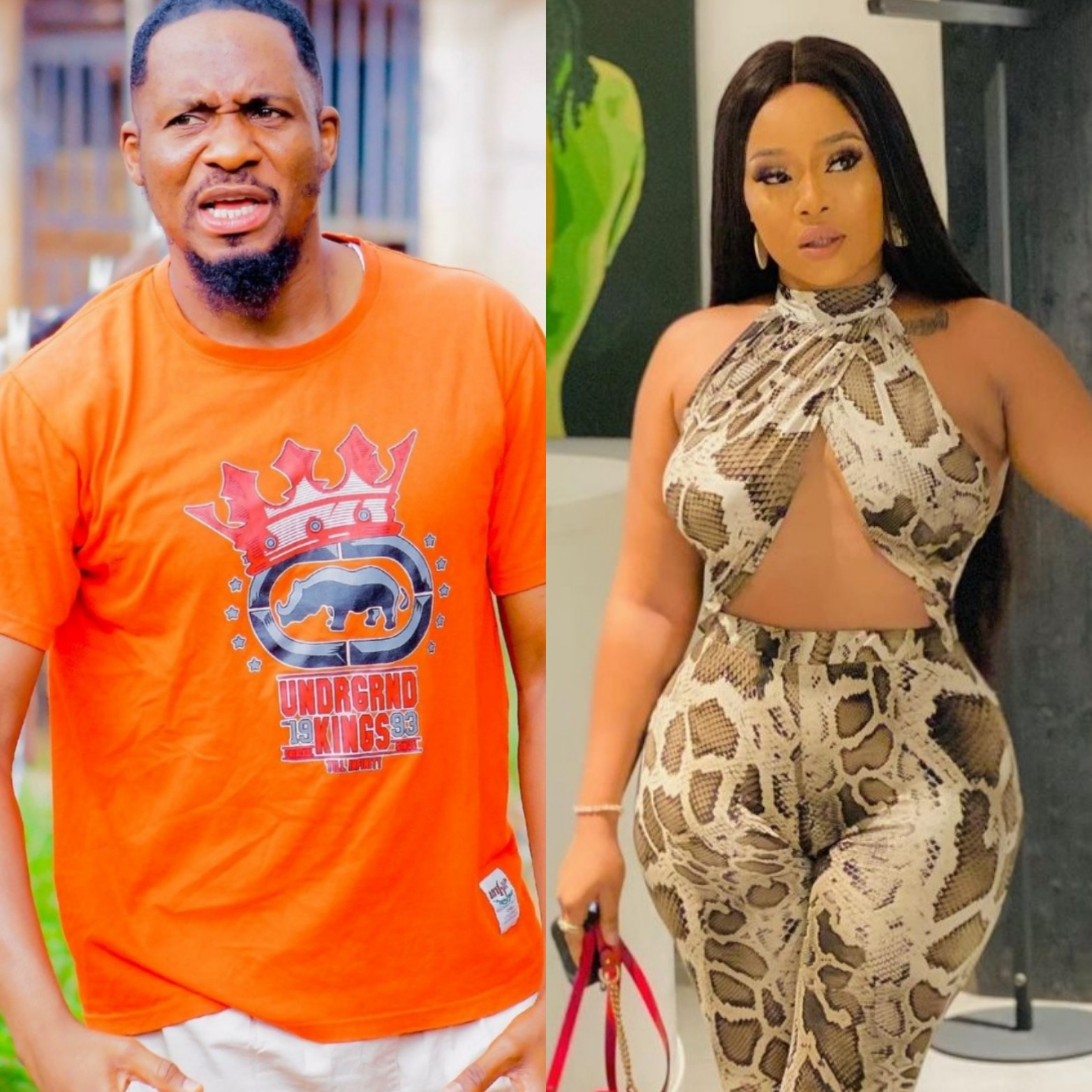 Pope and Alex
Actor, Junior Pope Odonwodo has asked young ladies not to allow themselves to be deceived by toxic advice from celebrities.
This comes after actress Onyi Alex said it’s a sin for a broke man to say he loves her.
The actress had taken to her Instagram Stories to say she doesn’t want to be broke, which is why she works hard. She added that broke men should only “trip” for her from a distance because she doesn’t want a “leech”.
Responding, Junior Pope said many rich men help broke women by setting them up then asked why women can’t do same for men.
He went on to say that “with a broke guy or girl with prospects, you can build an empire.”
See his post below. 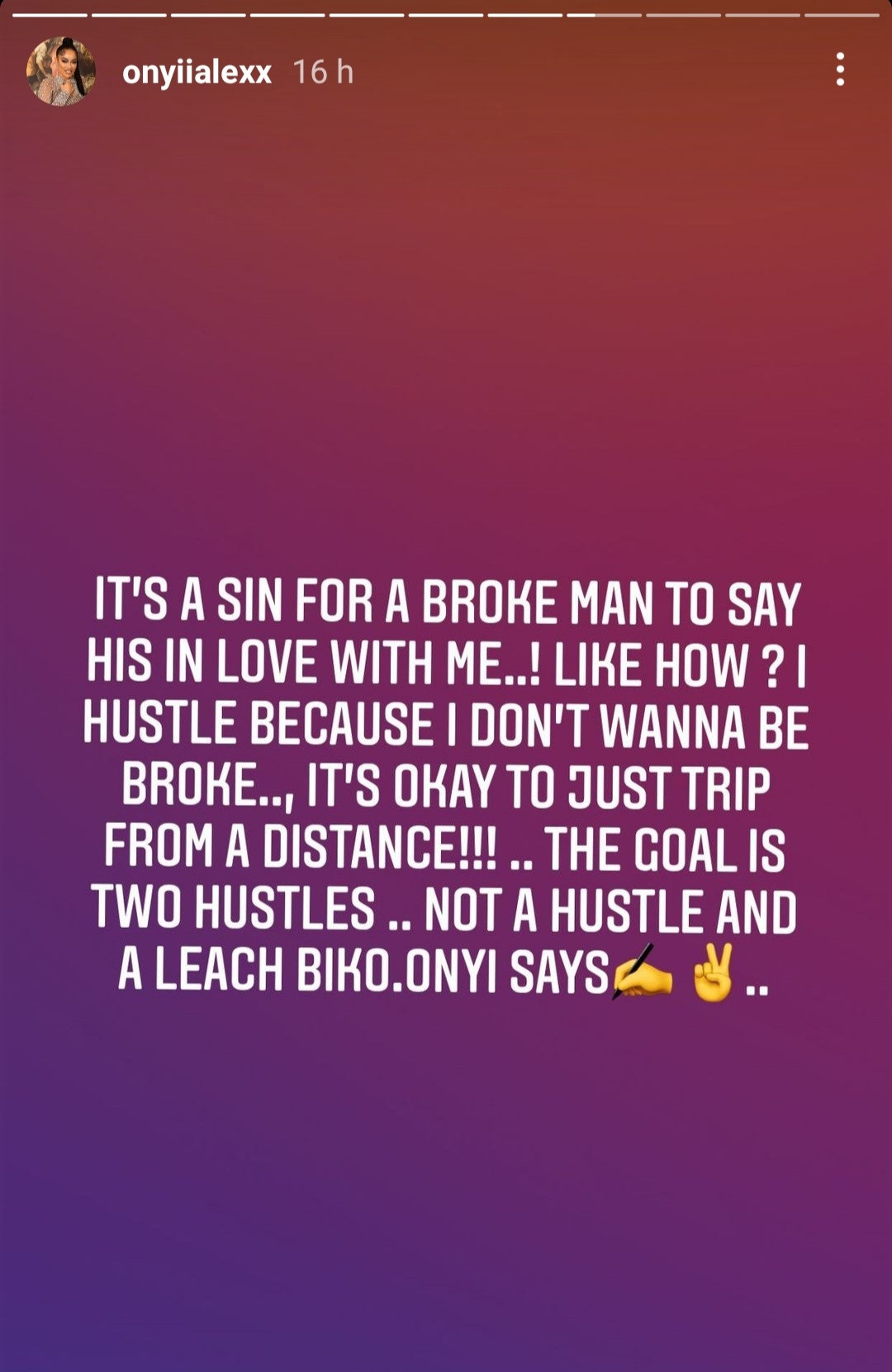 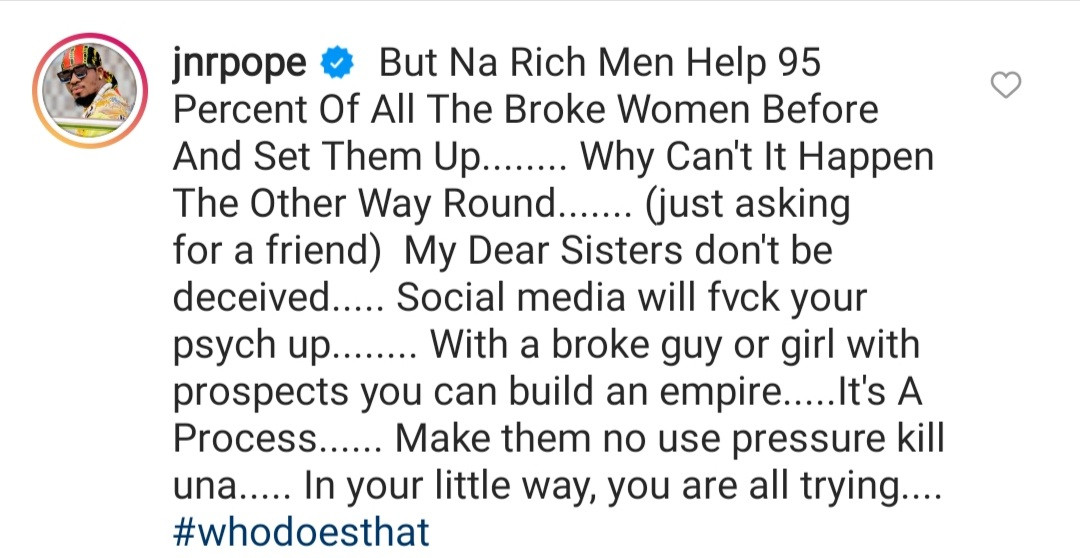