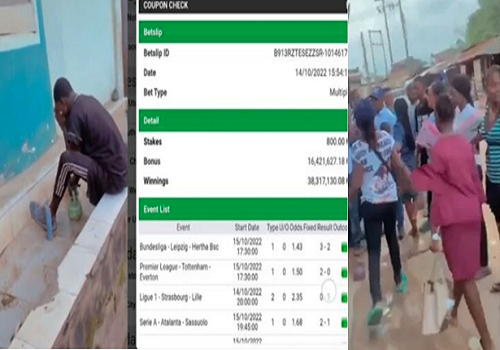 An unidentified man has become a multi-millionaire after placing a bet on sports betting site with only N800.

The man, who instantly became a celebrity in a viral video, was seen with neigbhours trooping to the betting centre to confirm his N38million win after words spread.

After confirming his win, the man headed straight to the mosque to perform ‘Salat’ (daily obligatory prayer for Muslims). The crowd that had gathered to confirm his win followed him to the mosque, kept hailing him even as he ignored them and carried on with ablution for his prayers.