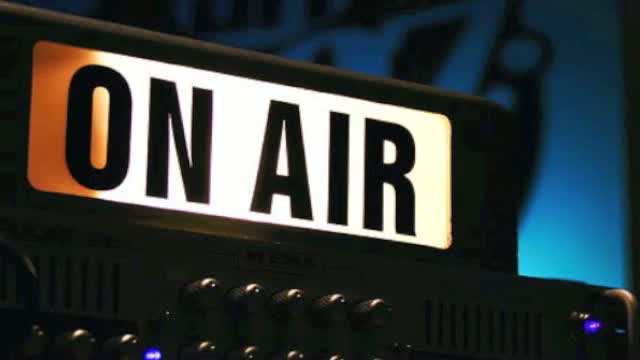 Radio has come a long way from its introduction to Nigeria in 1933 primarily for relaying the overseas service of the British Broadcasting Corporation (BBC) to the public over loudspeakers. According to a survey by the Broadcasting Board of Governors, Radio is the dominant news platform in Nigeria, with 77.4% overall and more than seven in 10 across all major demographic groups saying they listen to the radio for news at least weekly. TV stations come a distant second while the internet is the fourth most used medium by Nigerians. With a population of almost 200 million, Nigeria is a huge market for radio and there are over 82 AM and 32 FM stations covering the country. Here are some of the top radio stations in Nigeria.

Beat FM is on Nigerian radio station known for good music, quality talk shows and targeted media sensation around their show hosts. The radio station first aired in 2009 and became popular with efforts from big names in the radio industry. Beat FM went on to become the first radio station to get a Twitter verification in Africa. The radio station is best known for popular shows like The Morning Rush, Sports Extra, The Midday Show, The Drivetime Show and The Night Show.

The Hausa Service of the British Broadcasting Corporation world service is the oldest African language radio station. The radio station was founded in 1957 and the show was hosted by Aminu Abdullahi Malumfashi. The radio station not only broadcasts for Nigeria’s largest ethnic group but also broadcasts to Hausas in the Niger Republic, Ghana and Chad. The station also has affiliate stations across West Africa and broadcasts to an estimated 17.7 million people. Its website is also one of the most visited in Nigeria. The Abuja office of the station was launched in 2002.

Nigerian Info FM Lagos is literally the king of radio stations in Lagos. The radio has shows packed on weekdays from 5 am to midnight that keep listeners tuned in all day. The Radio station’s ‘Morning Crossfire’ which starts at 6:30 AM and allows listeners to call into the show and air opinion on issues and current affairs is the most popular morning show on radio. The programme is hosted by Sheriff Quadri and Wemimo Adewuni. The station broadcasts local and international news with a blend of talk and sports shows while addressing current affairs and topical issues in Nigeria. The five-hour weekday show was hosted by Adenike Oyetunde. Nigerian Info began broadcasting in November 2012 and is owned and operated by Info FM Nigeria Limited and licensed as a commercial radio station that covers talk, news and sports. The station won the NUJ award for excellence in broadcasting for 2021.

Lagos Talks 91.3 FM is a talk radio station broadcasting from Lagos, Nigeria. This radio station was created to promote and encourage conversations about issues that affect Lagos residents. The station hosts a number of shows that highlight issues everyday Lagosians experience. One of the most popular shows on the station, ‘Drive Time Discussions’ hosted by Kayode Baker discusses relationship issues Lagosians face and contributors call in to proffer solutions.

Soundcity Radio Network is a Nigerian FM radio and nationwide digital radio station that follows a Top 40 music format and is owned by Alphavision Multimedia, a subsidiary of the Consolidated Media Associates (CMA), Nigeria’s media powerhouse. The radio station has its headquarters in Lagos and is the most popular music radio station in the city. The station broadcasts nationally to a youth audience in Lagos, Abuja. Uyo, Enugu and Kaduna using the payoff line Powered by Music. Soundcity Radio Network music quota leans more to Nigerian music with over 70% of the music played by local artistes and 30% split between other African and Foreign music.

Founded in 2007, Wazobia FM was Nigeria’s first radio station to broadcast fully in pidgin earning it the love of Nigeria’s uneducated and semi-literate populace. The station is based in Port Harcourt, the Rivers State capital is owned by Globe Communications Limited. Renowned for its humorous approach to broadcasting, the station airs a mixture of news, features, sport, music (from popular Nigerian music, hip hop, highlife to world music and reggae), talk shows, topical issues and interviews. The station has offices in Lagos, Enugu and Abuja.

Hope you enjoy it.

As seen on Ynaija